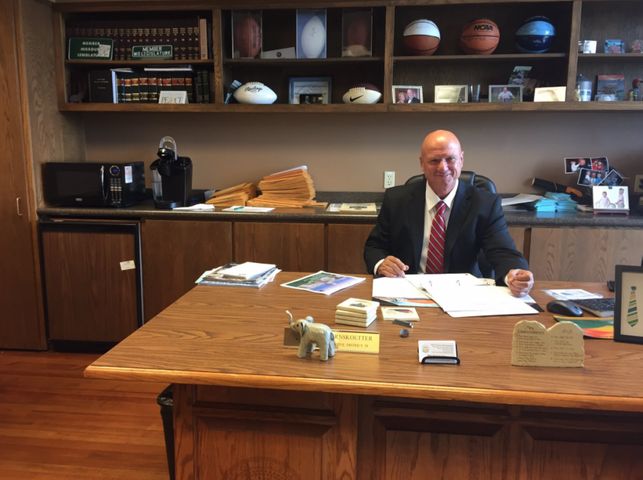 JEFFERSON CITY – A joint meeting between the Missouri House and Senate on Wednesday allowed for a discussion on working towards raising pay for state government’s lowest-paid employees.

A report was released in July that concluded Missouri’s employees are paid the least among all 50 states. The report said there the lower pay in turn leads to high turnover rates in several state jobs.

Mike Bernskoetter, R-Jefferson City, is considering what the Joint Interim Committee on State Employee Wages can do. Bernskoetter is the chairman. The committee, which includes both Republicans and Democrats, is heading up the push to raise salaries to at least average pay.

He said there came a point when five years had passed since the legislature first tried to improve wages and very little had been done to help those who were under the salary average.

“We decided we couldn’t do it as a committee. We couldn’t do what we needed to do, so then we tried to get money in the budget to actually hire an outside firm to study the salary and the compensation,” Bernskoetter said.

The July study by CBIZ Human Capital Services did not have every state employee included. Missouri’s education bureaucracy, the Missouri Highway Patrol and the state public defender’s office were all left out. In total, it covered 37,906 of the state’s 50,324 workers.

Ryan Burns of the Missouri Office of Administration said, “State employees are hardworking public servants who have dedicated their careers to keeping Missouri a great place to live, work and raise a family. This study will help determine what can be down to help enhance Missouri’s ability to attract, retain and motivate qualified workers.”

Currently, it would take $13 million to boost the 5,050 salaries of state workers that earn below what workers in similar jobs make in different states.

Another issue is reducing the time it takes a state worker to qualify for a pension. Currently, it is a 10-year wait but the legislature is looking at making it a five-year wait instead.

Both of the Missouri candidates for governor support boosting pay for state workers.