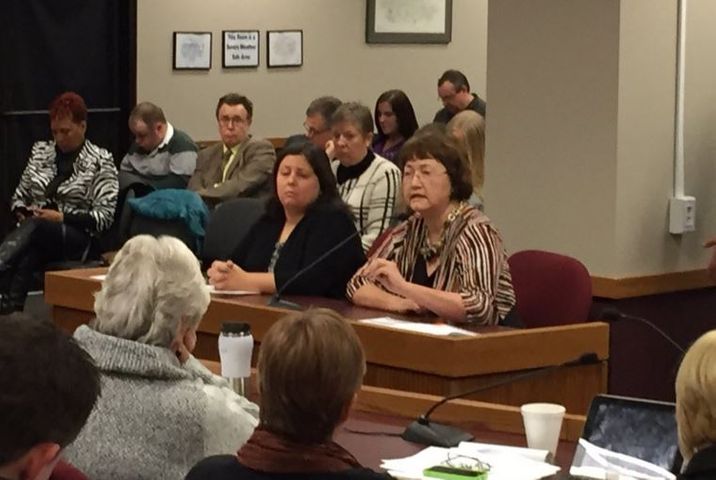 The state legislature is not able to grant or block refugee access, but it has control over funding refugee programs.

Anna Crosslin with the International Institute testified, saying she considers this to be the worst refugee crisis since World War II.

Crosslin works with the more than 20 Syrian refugees living in St. Louis.

The hearing follows criticism of Gov. Jay Nixon, who decided not to join other governors that were attempting to block refugee admission into their states.

A group of Republican lawmakers responded to Nixon's decision by holding a special session to attempt to block re-location efforts.

Some lawmakers are skeptical of the vetting process Syrians undergo to receive refugee status. Multiple lawmakers expressed concerns about what they believe as a lack of trust in the federal government to properly vet the refugees.

Others trust that the vetting system is secure.

"Frequently there are concerns at the beginning of the group about whether there are security concerns and whether they are going to fit in terms of culture. What I've found is that once they've been in the community for several years, then they wonder why in the world they were so concerned," Crosslin said.

Lawmakers also brought up the issue of potential diseases. Deputy Director of the Missouri Department of Health and Senior Services Bret Fischer said refugees are screened for communicable diseases.

However, Fischer did say some refugees that have come into the U.S. have brought diseases, but said the department follows them through their treatment.

Crosslin said the Refugee Relocation Program is not just about humanitarianism, but also about improving the economy and improving the impression of America around the world.

Let us know what you think by joining the conversation on our Facebook page.