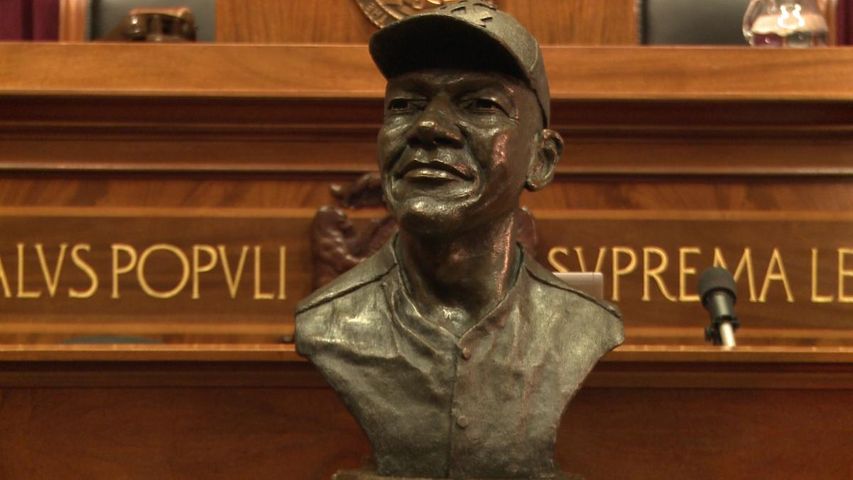 O'Neil (1911-2006) played for and later managed the Kansas City Monarchs, a baseball team in the Negro American League. O'Neil became the first African-American coach in Major League baseball history when he became a scout for the Chicago Cubs in 1956.

Former Kansas City Royals player Frank White said O'Neil's work with documentary filmmaker Ken Burns showed America what the Negro American League was all about. He remembered a time when O'Neil scouted him.

"He was concerned about how I was doing, and he said 'I'm gonna put a stopwatch on you.' And I said, 'Well, don't you do that every day?' And he said, 'Sure, but now that I'm telling you, it'll make you give me everything you got.'"

Representative Michael Brown, D-Kansas City, said he got to listen to O'Neil while coordinating after-school programs with the Negro Leagues Baseball Museum. He said O'Neil loved to talk about the people he met while traveling the country.

Brown helped put together a proclamation celebrating O'Neil's 100th birthday last November, but he said he was not aware Speaker Steven Tilley was going to name O'Neil to the Hall of Famous Missourians.

Tilley and White unveiled a bust of O'Neil which will be displayed in the Hall of Famous Missourians at the Capitol. Brown said he plans to have a copy made for display at Kauffman Stadium.