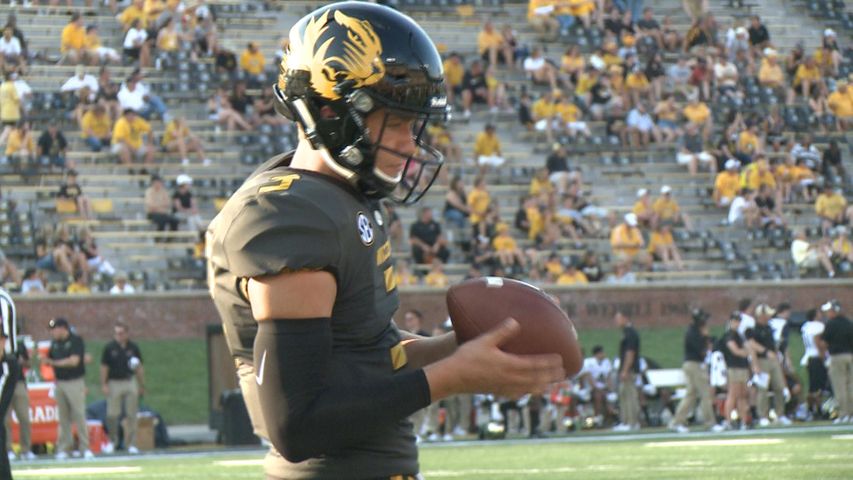 "To be honest, we had our best week of preparation this week," said redshirt senior linebacker Eric Beisel. "It just kind of shocked us."

What Beisel is referring to is the Tigers' 35-3 loss at the hands of the Purdue Boilermakers on Saturday, which came in front of an announced crowd of 53,262 that thinned to a mere fraction of that by halftime.

"Everything felt and looked and smelled right," said Missouri Head Coach Barry Odom about his team's optimism before the game. "We obviously didn't execute very good early on on either side of the ball."

Purdue dominated from the opening possession, scoring touchdowns on its first three drives to open up a 21-0 lead on Missouri before the Tigers even managed a first down. That deficit left the Mizzou offense in a hole it could not climb out of.

No matter the reason, Missouri's offense clearly struggled moving the ball against Purdue, advancing across midfield only three times in the game. The Tigers' lone score came on a 29-yard Tucker McCann field goal near the end of the first half.

"When you lose in that fashion, you're not really excited about the way you played in any aspect, in any area," Odom said.

Missouri's loss Saturday was its 16th in 19 tries against "Power Five" conference opponents in the Drew Lock era. The road only gets tougher for the Tigers with No. 15 Auburn coming to Faurot Field next week looking to hand Missouri its third loss in a row.

"I'm kind of at a loss for words," Beisel said. "But we'll be back in there early tomorrow and get back to work. You know we got a problem so the next step is just fixing it."

After Auburn, the Tigers play five of their final eight games away from home, including a non-conference trip to Connecticut. The only remaining non-SEC opponent on Missouri's home schedule comes in its homecoming game against Idaho.