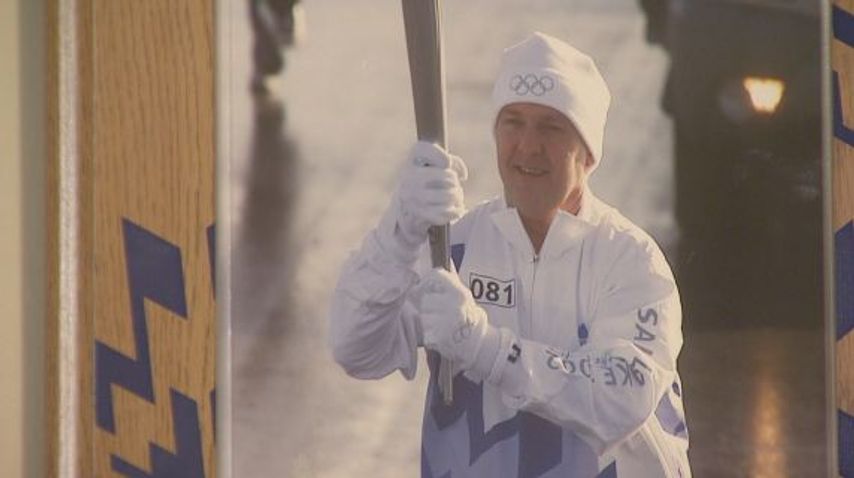 COLUMBIA - Before any medals are passed out, before any athletes slide down the slopes, a torch is lit. The symbolic Olympic tradition will forever be embedded in the memory of Columbia resident Larry Mankin.

Mankin went through the process of several interviews and finally said he would take the job serving as the president and CEO of the Salt Lake Area Chamber of Commerce, only if it meant he could be involved with the international event. In 1999, Mankin eventually found himself in Salt Lake City, just about the same time it was announced the city would host the 2002 Winter Olympic Games.

From there, Mankin said it was a whirlwind. Buildings went up, one bridge was expanded from four lanes to 12 lanes, a light rail system was constructed, and all of the Olympic infrastructure was created.

One of the most symbolic mementos of the Olympic games is the torch. Thousands of people carried the torch, all who met the standard, as Lankin said, of doing something that inspires others. Former Massachusetts Governor Mitt Romney saw something in Mankin and nominated him to be one of the 11,000 people to carry the Olympic torch.

"I picked the letter up and said, 'no it's not me, I haven't been nominated. I'm Larry Mankin I run a Chamber of Commerce, who would I inspire, why would anybody give me the opportunity to carry the Olympic torch,'" Mankin said. "I thought, wow life was really good."

He said he believes he took over a chamber and it was his leadership he said inspired his fellow leaders and showed the dedication it takes to host such an enormous event.

Mankin carried the torch at 9:30 in the morning for about two minutes in West Salt Lake City, two minutes he describes as one most memorable Olympic moments for him. Early that morning Mankin thought no spectators would be there to witness his carrying of the torch. He was wrong. Thousands of people lined the street to watch a moment of Olympic history.

"I kinda felt like a rock star, " Mankin said. "It was just an amazing experience and very inspiring. It is just one of those things I will never forget."

As one of the torch bearers, Mankin was given the opportunity to purchase his torch. To remember his time serving on the Olympic Board, Mankin displays this torch on a plaque in his house, surrounded by pictures and other pins that memorialize his experience.

Since his time in Salt Lake City, Mankin has relocated to Columbia where he said there is nothing he likes more than to share his Olympic token.

"I play the game of holding it right where they are supposed to. For the kids it always brings that excitement back. It is like the gift that keeps on giving," Mankin said.

As he watches the games in Sochi, Mankin said they bring back many memories.

"The opening ceremonies is one of the most amazing things you can ever expect," Mankin said. "Prior to the time that the lights come on and all the actives begin, it is just electric."

As for any future plans regarding the Olympics, Mankin said he would love to go back.