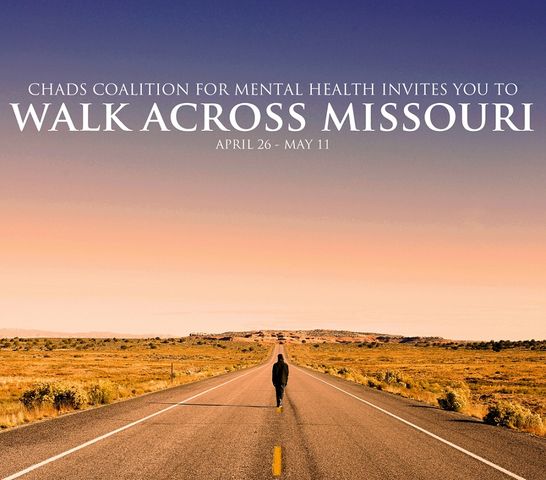 JEFFERSON CITY - Halfway done with his journey, Mark Norwine stopped at the state capitol Thursday to raise awareness and funding for mental health education, and prevention.

Norwine said he was diagnosed with bipolar disorder and lost his job. A group calling itself the CHADS coalition (Communities Healing Adolescent Depression and Suicide) hired him and gave him the support to walk across Missouri.

Norwine started his journey on April 26 in Kansas City at Rogers Elementary. He is walking between eight and eighteen miles a day through rain and the dropping temperatures. Norwine said the toughest day so far has been traveling eighteen miles up an incline in the rain. He said he is on track to complete his 200 mile walk in fifteen days on May 11.

Norwin said, "Create awarness that we didn't really think was out there and that was in sort of the smaller communities and smaller towns. Which is why we choose the Katy Trail. We thought that would take us through smaller towns. We found that the countries that are more rural have higher suicide rates, had higher rates of mental illness that went up treated."