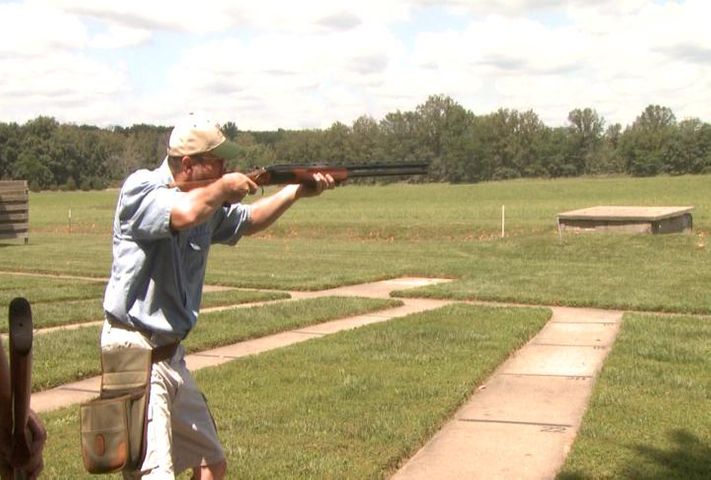 The competition on Saturday included the 12 gauge, 20 gauge and 28 gauge. The competitors were marksmen from across the state and of all ages.

Robert Spann competed in the 20 gauge competition on Saturday. He has been involved with the state tournament for more than twenty years in either competing or refereeing. He said it may not be to exciting to those who watch, but for him that is not the case.

"It is like watching grass grow, but if you are actually shooting, moving to the different stations and different leads," Spann said.

He said he has been involved with shooting a majority of his life and it has many benefits in life. He said it is a very social sport and has improved his hunting.

"The guys that I hunt with do not shoot skeet and you know you get on birds so much quicker. They will sit there and go through boxes and boxes of shells to get their limit," Spann said.

Jeff Nichols, President of the Missouri State Skeet Association said this year has been a successful tournament and the sport as a whole is continuing to grow across Missouri.

He said one draw back to the sport is that it can be a bit expensive to get into.

"To shoot a tournament is minimum around $250," Nichols said. The cost is mainly for shells and targets, he said.

Most of the time the price does not scare people because if someone wants to skeet shoot, they will just, like any other sport said Nichols.

The tournament will continue until Sunday.