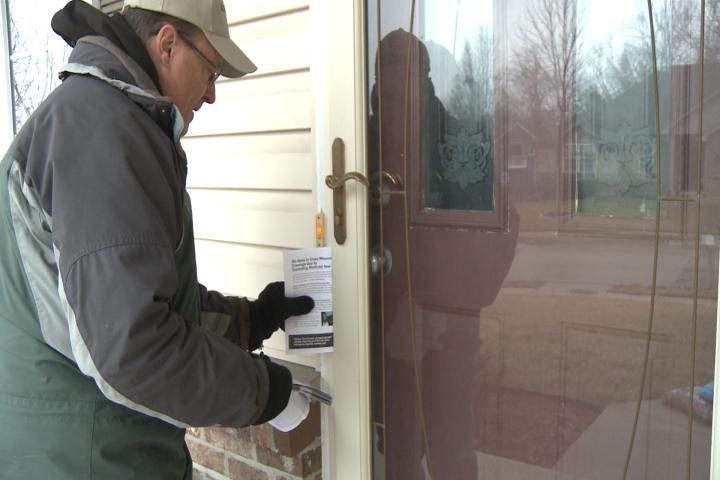 COLUMBIA - Volunteers and members of the Missouri Medicaid Coalition canvassed neighborhoods Saturday in an effort to raise awareness about Medicaid expansion and closing the Medicaid gap in Missouri.

Participants left pamphlets at houses across Columbia explaining the Medicaid gap and how citizens can help solve it. According to a press release from the Missouri Medicaid Coalition, 300,000 uninsured Missourians fall into the coverage gap. MMC said this means they make too much money to qualify for the current Medicaid program but not enough to afford insurance.

The event primarily focused on raising awareness about rural areas where hospitals have been closing.

"Our number one priority is insuring access to quality health care for patients, and Medicaid expansion will absolutely help that situation," Sarah Felts, advocacy coordinator for the Missouri Nurses Association, said. "Patients in rural areas don't necessarily have great access to health care providers. There's long waits, there's long distances, and if another hospital's going to close you're going to be instead of 40 or 50 minutes away from the nearest hospital, you're going to be an hour and a half. That's scary when it comes to emergency situations."

Felts said 700 people will die per year if Medicaid isn't expanded. She hopes the pamphlets will encourage people to contact their local lawmakers and show this is an issue they care about.

"We're basically hoping to raise awareness that this is an important issue and that the legislature is not moving on it right now, and hopefully dispel any myths that are out there or misunderstandings that we can't afford it," Felts said. "In reality, we will actually save money as a state if we pass Medicaid expansion."

Columbia residents continue to drop off their recycling at centers as bins overflow
COLUMBIA — It's been almost one month since Columbia residents were told their recycling would no longer be picked up... More >>
18 hours ago Wednesday, August 05 2020 Aug 5, 2020 Wednesday, August 05, 2020 6:36:00 PM CDT August 05, 2020 in News
Share:
Email
Facebook
Twitter