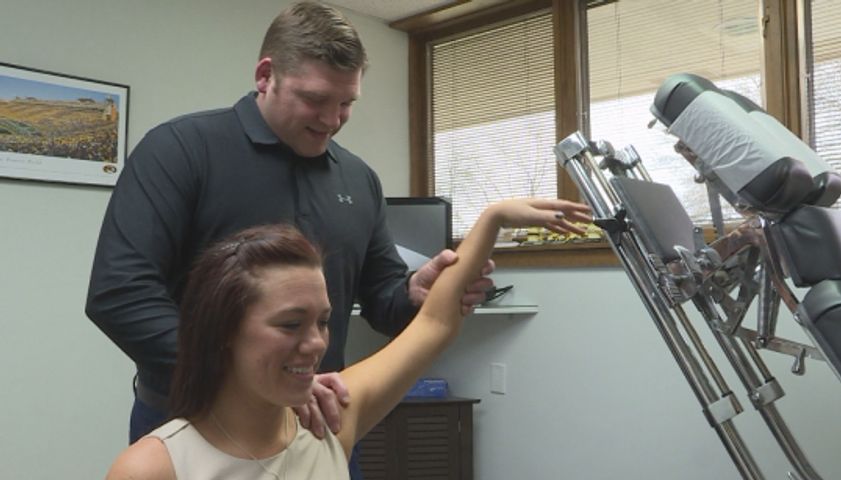 COLUMBIA - MO HealthNet, the state's Medicaid program, is taking steps to limit opioid dependence. It now covers non-opioid, alternative therapies for pain management in an effort to reduce the number of opioid prescriptions across the state.

New treatments include physical therapy, cognitive therapy, chiropractic care and acupuncture. The treatments are only available for patients with a chronic pain diagnosis.

Chiropractor Scott Stiffey said while opioids will mask pain, chiropractic care focuses on treating the cause of the pain.

"Pain is your body telling us there's some issue going on, whether that's too much stress or, you know, some type of injury. The opioids just block that out, they don't do anything to actually make that problem better," Stiffey said.

Stiffey said he thinks more people will now be able to treat their pain without taking drugs.

"Their Medicaid may cover the opioids and so then they take that even though they may not want to, but they deal with a lot of chronic pain every day so they've got to try something to get rid of it," Stiffey said.

The initiative will also decrease costs for taxpayers by focusing on front-end treatments, said Todd Richardson, director of MO HealthNet. He said treating injuries instead of masking pain could reduce trips to the emergency room.

"We know that it has a potential to help avoid surgery or to improve outcomes after surgery. So we actually anticipate we'll see a reduction in both the use of opiates and reduction in the total amount Medicaid is having to spend for these conditions," Richardson said.

With an initial 10-day prescription, one in five people become long-term opioid users, a study by Bradley Martin at the University of Arkansas for Medical Science found in 2017.

"So if they can understand that there are other options out there, and Medicaid covers it, they can afford it or be able to do that type of treatment, it's going to help them," Stiffey said.

Stiffey said he hopes more pain management options will give people a greater quality of life.

"There's a lot of different techniques and a lot of different therapies that can help them live a better life, not just with the pain but also have a lot better function, you know, be able to get out and play with their grandkids or be able to work in their garden, stuff like that. It's a great step for the state of Missouri," Stiffey said.

Richardson also said he thinks the initiative is smart for taxpayers and providers.

"This is the kind of win-win opportunity you don't always get in state government. But when we can provide better quality of care for the MO HealthNet participants and we can do it at a lower cost for Missouri taxpayers, those are always the kinds of initiatives we should be pursuing," Richardson said.