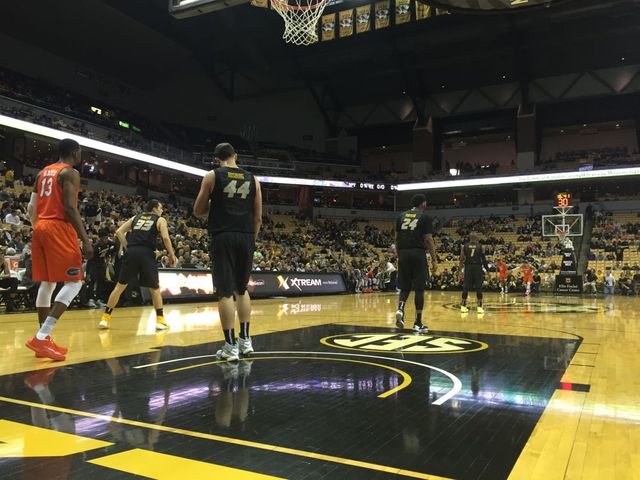 COLUMBIA- The Missouri Men's Basketball team has been plagued by a serious of unfortunate events this season such as a post season ban, recruiting sanctions and a young roster.

Their last game of the season against Florida was no different.

Florida came out with a powerhouse offense and defense.

"They came out aggressive especially defensively. They hit some early shots. They had some early offensive rebounds. They really just came out more aggressive than us in the first half," Freshman guard Terrence Phillips said.

The Tigers had to fight back after entering halftime down by 18. Their fight was not enough and Florida took the 82-73 win.

The silver lining was lone senior Ryan Rosburg's final game as a Tiger. He was honored before the game on Senior Night.

"It's been a privilege to coach him. I know he's going to be successful, whatever he wants to do, he's gonna be good at it," Anderson said of Rosburg.

"There was a lot of emotion tonight. It's hard to put into words. I'm just thankful and blessed for the opportunity. Just looking back on my four years, I'm just proud to have played for Missouri," Rosburg said.

Rosburg had 11 points and four rebounds against the Gators. He scored a career high 24 points against Vanderbilt earlier this season.

The Missouri Tigers finished their season with a 10-21 record.

Coach Kim Anderson said he expects to return as coach next year. He has three years left in his contract.