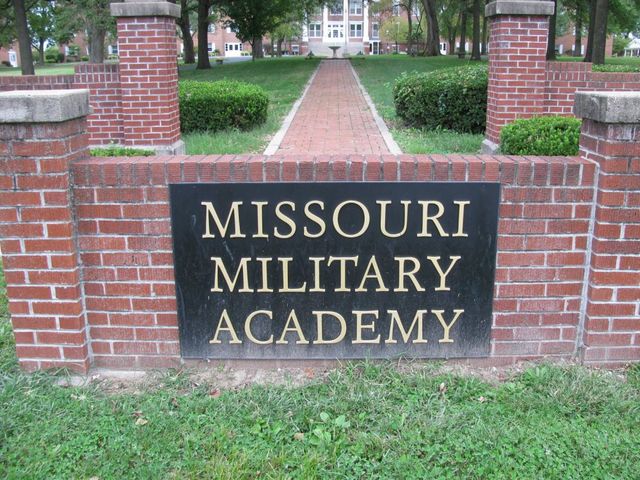 MEXICO – Missouri Military Academy in Mexico is now the only military academy in the state of Missouri, after the closing of Wentworth Military Academy last week.
Charles McGeorge, President of the Missouri Military Academy, said the school is currently working to provide job opportunities for Wentworth staff and recruit students that qualify.
While McGeorge said he is saddened to see a school go down that has been competitors with MMA for more than 100 years, he also recognizes the opportunities this now provides for his school and mid-Missouri.
“We look forward to being Missouri’s military school,” McGeorge said. “We are really more brothers than competitors, but if you’re the only one, then that does create more opportunity than when you have a competitor two and a half hours away.”
Despite the school’s closing, McGeorge said he feels there is a still a great need for military school’s with more families seeking a strong structure for their children in a complex society.
“We’re character based institutions, we operate through an honor code, we hold our boys accountable and responsible and that’s an important element in society today and one that’s becoming increasingly difficult to find,” McGeorge said. “We focus on old-fashion character based leadership and education, providing a structured discipline environment and unlocking the potential of the individual boy.”
Wentworth Military Academy, located 50 miles east of Kansas City, opened in 1880 and closed due to waning enrollment, rising costs and an aging campus.
Tyler Hadley, a Wentworth alum, said it's a shame the school had to close.
"It's harder for military school's today because of the higher all-around costs," Hadley said. "It's just a shame that we've lost a great school because of it."
The rising costs are especially an issue for private schools across the country, as McGeorge said the cost to deliver their product is higher than other independent schools.
“There’s a lot of economic pressure on all independent schools, regardless if their civilian or military, and I would say that the boarding school probably experience that on a greater degree because we’re much more expensive since we have the boys 24/7,” McGeorge said.
An aging campus and low enrollment numbers are not as much of a problem at MMA, but the school does face many issues that expand even outside the United States.
“We’re 40 percent international,” McGeorge said. “Because of the political situation in America, that has caused some consternation with some of our foreign parents that are concerned about our political positions.”
McGeorge also cited the college debt crisis, higher cost of a college education and strengthening international dollar issue as other reasons why military schools are facing issues today. He says evolving with the times and providing new services is key in maintaining the quality of the school.
“We are very focused on the evolution of the institution and providing an education that’s relevant to the 21st century,” McGeorge said. “Only 2 percent of our boys go into the military, as the vast majority of our graduates go off for successful careers in virtually every aspect of life.”
McGeorge cites institution stability, with only 10 presidents over the 128-year span, and the board of trustee’s financial support as to why the school has remained successful and has virtually no debt on its books.
The academy also started providing dual-credit college courses this past year and offered a gap year education after graduation to bring in more students.
McGeorge hopes that people outside of the institution will also begin to recognize the school’s efforts in the community and buck the old stereotypes of military schools.
“There’s the feeling that military schools and some quarters are for bad boys, and maybe that was the case a long time ago, but that’s not the case at our school,” McGeorge said.