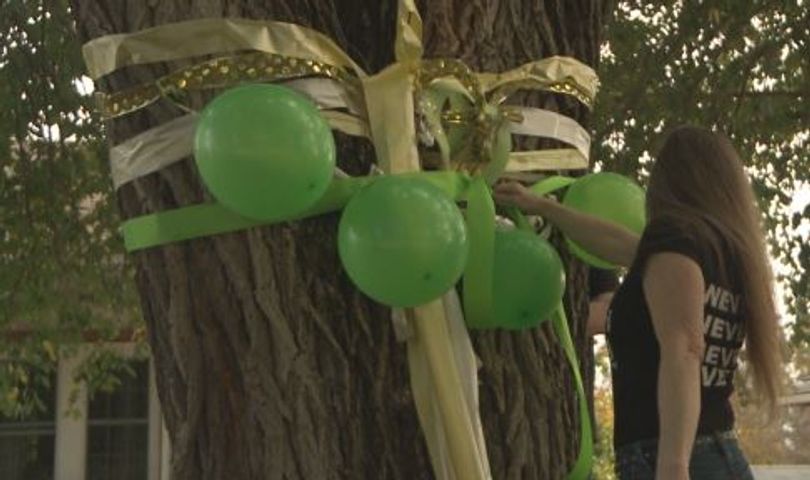 HOLTS SUMMIT – Missouri Missing held a vigil in remembrance of Angie Yarnell, a woman who went missing 12 years ago Sunday.

"We ask people to just take a little time out and tie a green ribbon to something," Asher-Chapman said. "In honor of Angie, still missing."

Missouri Missing and Yarnell’s family asked people to tie a green ribbon outside in memory of Yarnell. Green was Yarnell's favorite color.

Yarnell was murdered by her husband. Asher-Chapman has not been reunited with her daughter because Yarnell's remains have not been found.

"It's really hard, you know these anniversary days, holidays" Asher-Chapman said. "They're awful, they're really bad. Because the not knowing is really the hardest thing. I just like to know that I think I'm helping other people."