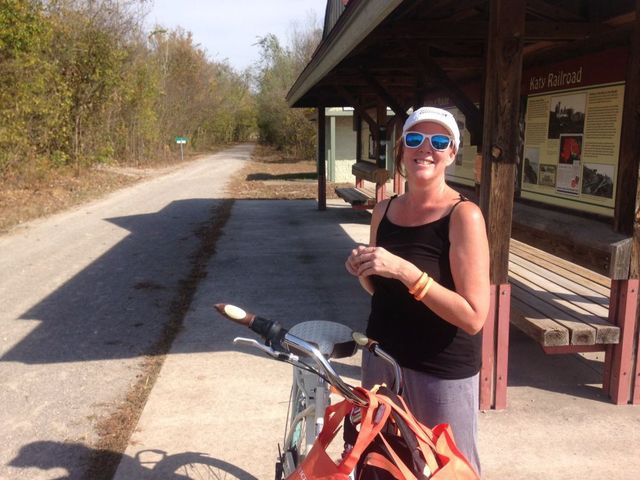 MOKANE - According to Families and Friends Organizing for Reform of Juvenile Justice, (FORJ), “Children under 18 years old put in an adult prison or jail are usually physically or sexually assaulted within the first 48 hours of arrival." In order to raise awareness for juvenile justice reform in Missouri, Tracy McClard, the founder of FORJ-MO, decided to bike 200 miles across Missouri.

"We have got to get kids out of the criminal justice system because it doesn't work," McClard said.

Tracy has a personal connection to the juvenile system: In 2008, Tracy McClard lost her son, Jonathan, when he hung himself in a Missouri prison. According to McClard, he had been mentally and physically harassed for months, and was placed in solitary confinement. His death came just three days after his seventeenth birthday.

He had been tried as an adult, and received a 30 year sentence for first-degree assault with a deadly weapon. Tracy said she hated watching the life being taken out of her son and doesn't want to see other families go through the same pain.

"The majority of these kids are gonna come back home, and then they will never be productive members of society because they have nothing in prison."

Tracy decided she'd bike across Missouri, from Sedalia to St. Charles, in order to raise awareness.

"I'm trying to do something so people understand what kids in adult criminal justice are going through. I needed to organize something to appeal to people," McClard said.

Tracy isn't the only person pushing for reform: Missouri State Senator Wayne Wallingford (R-Cape Girardeau) said it's time Missouri catches up with the rest of the nation.

"We’re in the bottom quartile of the nation when it comes to juvenile rehabilitation; we aren’t even average, and so we need to make a lot of progress,” Wallingford said.

1. It saves money - "Keeping juveniles out of prison saves us tax dollars," he said.

2. It saves Missouri's youth - "Actually rehabilitating them through the juvenile system helps them be productive members of society," he said.

3. Makes Missouri safer - "It keeps people from re-offending," he said.

According to FORJ-MO, there is an average of 20 children aged between 12 and 16 years old in Missouri adult jail systems and several thousands of 17-year-olds in adult prisons nationwide. McClard said Jonathan took his own life out of fear of what would happen to him once he was taken out of solitary confinement.

"I knew that was why he killed himself; fighting is one thing, but sexual assault from another guy, for him... he just couldn't deal with," McClard said.

Missouri is one of seven states that hasn't raised the age to be considered as an adult to 18 in the eyes of the law. Last spring, an executive house committee passed a bill to make it illegal to imprison children under the age of 17 in an adult prison. Due to long debates and filibuster of other legislation, the bill didn't make it through.

Wallingford and McClard plan to introduce a new version of the bill on December 1, which includes a provision to make it illegal to put any child under the age of 16 in an adult jail. Currently, any child 12 or older can be placed in an adult jail. Wallingford said he believes the juvenile system is a more appropriate place to put young offenders.

"All studies say that juvenile systems do it right," Wallingford said. "People say, 'let's show them, let's get tough on crime.' But it doesn't work, and it exacerbates the situation."

The month of October is national youth justice awareness month. Wallingford said he believes McClard's efforts provide a great platform to finally get this legislation passed.

“It will go a long way to educate people on how to reform our criminal justice system as it relates to juveniles,” Wallingford said.

McClard said she hopes this year, change will finally come to Missouri.

"We have to get kids out of the adult criminal justice system," she said. "They are brutalized or they die. This doesn't help them to become productive citizens when they will get out."