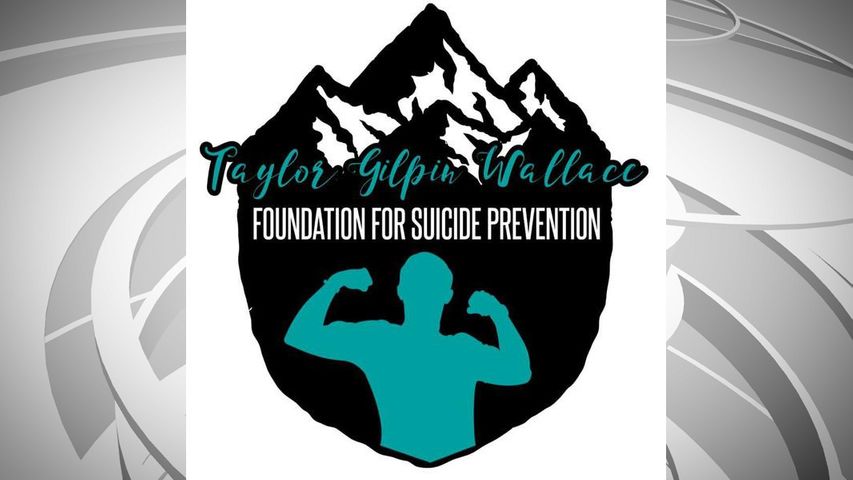 BROOKFIELD – After losing her son to suicide, a Missouri mother is battling the mental health “epidemic” with a foundation dedicated to suicide awareness and prevention.

Jered and Angie Wallace lost their son, Taylor Wallace, to suicide more than two years ago. Taylor's mother, Angie, started the Taylor Gilpin Wallace Foundation for Suicide Prevention to help those struggling with mental health, and it’s all in the name of her son.

“That’s when I realized I’m making an impact on lives, and that was what Taylor wanted to do. I’m not doing this for me, I’m doing it for Taylor,” she said.

Angie shares her story with students at schools all around the state. She said she also talks to parents about struggles that can come with mental health.

“Things I get literally three to four times a week, I get phone calls, text messages, emails from parents saying, ‘I have a child that’s struggling, do you have any resources for me?'’’ she said.

Taylor was well-known in his hometown of Brookfield. He was a leader on the football field and in the classroom. He graduated at the top of his class, and was accepted into Columbia University in New York. He attended the Ivy League school for one semester, and Angie said that time was especially hard for him.

“Being away from home, I really think that also played a toll on his depression,” she said.

She said she and Jered took their son to a therapist, and he was on medicine to help with his depression.

“We got him medication right before he went to New York for school. Come to find out, he wasn’t even really taking it,” she said.

Angie said the current resources for mental health are “very inadequate,” and she wants her foundation to help this issue. She said she hopes the foundation will help pay for people’s mental health doctor visits in the future.

She also said people often put a negative stigma on mental health, and it’s important to maintain a healthy mindset.

“You have to take care of your brain the way you take care of the rest of your body. When someone tells you to, ‘just go take a nap and you’ll wake up tomorrow, and you’ll be better.’ That’s like telling someone with a broken leg to just walk it off,” she said.

Dr. Laine Young-Walker, a child and adolescent psychiatrist, said mental health is a topic that's talked about more now than in the past.

"It's an issue that we all are talking about and thinking about in a serious way," she said. "As we know more about depression, anxiety, schizophrenia, attention-deficit/hyperactivity disorder, as we know more about the biological bases for that, it's made it a little more valid and real for people."

Angie said Taylor always wanted to succeed in life. He had a dream of becoming a cardiothoracic surgeon in New York City someday, she said. His father, Jered, said he believes his son could have done whatever he wanted in life.

She said Taylor’s death took a toll on her family and she said her friends, faith and family are what have held them up.

“After I was able to take care of myself, then I decided, okay, now it’s time to help other people,” she said.

She said Taylor made an impact on people throughout his life, and she now wants to make an impact on those who are struggling with mental health.