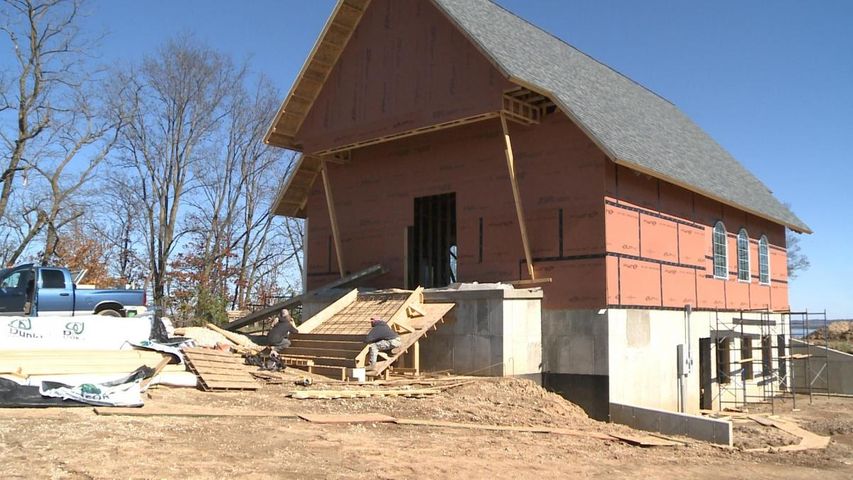 The facility will provide a place for veterans, servicemen and women and their families to receive mental, spiritual, financial support, as well a variety of other counseling services.

"We really didn't have a place to do it," Bamvakais said.

Bamvakaisa said the project, funded by private donations and fundraising efforts by the foundation, cost $750,000 to complete. He said the foundation needs $150,000 more to finish construction. The idea for the center came about in 2010, but construction began January 2014. Initially, he said they hoped it would be finished by summer but construction roadblocks and finances have slowed its completion.

Chaplain Colonel Gary Gilmore said the goal of the space is to "support life in all its phases."

He said different experiences during deployment and a wide range of family situations to come home to lead to an undeniable need for support services when service members return home.

"You can't just pick up where you left off because life has moved forward."

The facility will provide support services to servicemen and women and their families.

"Our soldiers come from the community to serve the community and it's kind of an implied deal that we're willing to go and do whatever the community asks of us, but the greatest thing you can say is thank you for your service."