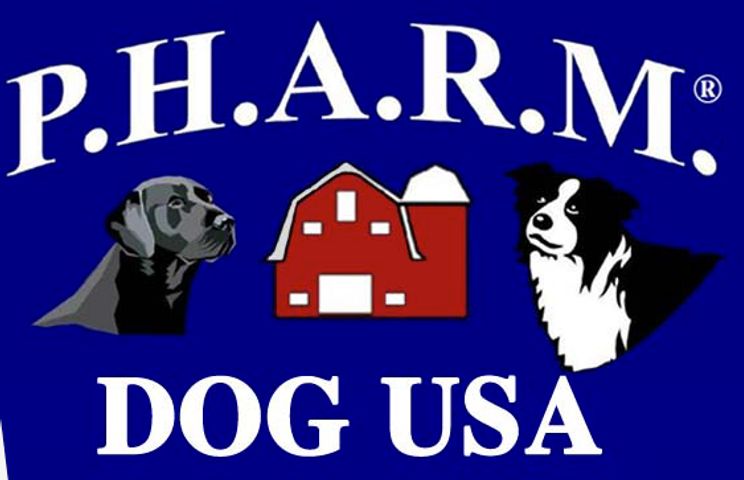 GRANT CITY - Ranching can be a rough-and-tumble job. For Missouri farmer Sheila Hunt, it got even harder after she developed multiple autoimmune syndrome, a condition that can cause chronic fatigue, pain and joint discomfort.

"Ranching by itself can be painful," Hunt said. "With my condition, it started to get really tough."

Thanks to a Missouri non-profit that provides service dogs for farmers with disabilities, Hunt's daily task of corralling sheep and cattle became a little less rough and a little more "ruff."

Through the program, Hunt received a black and white border collie — a dog named Sue.

She became Sheila's shadow. Sue tags along on chores, keeping sheep away from Hunt as she fills feeding troughs.

"When we go in there to feed of a morning, I don't get knocked around by the sheep," Hunt said. "Then I've got extra energy to get throughout the day."

Owen, who is legally blind, got her P.H.A.R.M. Dog pup after she was diagnosed with breast cancer.

"I still get tired. I still hurt. I still get angry about cancer," Owen said. "But with the P.H.A.R.M. Dog program, I can talk to people who've got so much more on their plate than I do."

"For the past five years, she's been my eyes, my ears, my energy, my inspiration that I can go out and do everything I need to do," Owen said.

Bobby Miller of Plattsburg volunteers with the P.H.A.R.M. Dog program, training dogs to work with farmers and their livestock.

He said the dogs make better farmhands than most people.

"I've never gone out to my pen to get my dog when he looked at me and said, 'Not today' or "I've got a hangover' or 'I feel bad,'" Miller said. "I've never had him ask me for a raise or for a day off. The only thing the dogs want is to be with you and to work, and you can't beat that."

The P.H.A.R.M. Dog program was recently featured in "Loyal", a National Geographic Society book containing stories about inspirational dogs and their owners.

Jackie Allenbrand, founder of P.H.A.R.M. Dog USA, said she hopes the national spotlight will encourage new sponsorships and support for the program so it can continue to provide farmers with dogs that heel and heal.