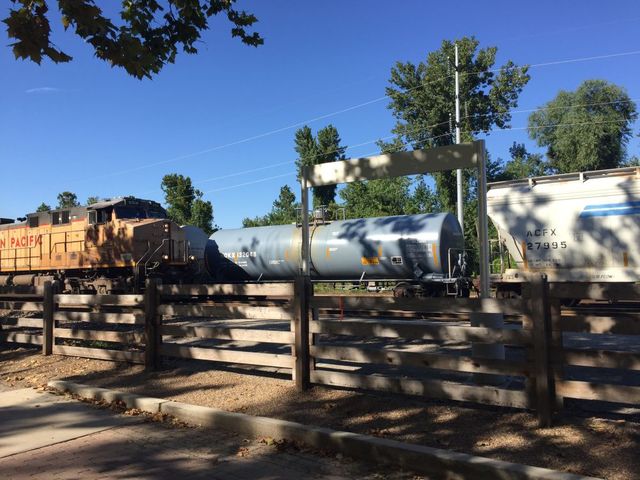 JEFFERSON CITY – The Missouri State Highway Patrol and the Missouri Department of Transportation are increasing efforts to raise awareness of the dangers at railroad crossings.

Both departments stressed a greater need for public safety for both motorists and pedestrians at railroad crossings, as well as deterring people from trespassing on tracks.

This week launches the start of Railway Safety Week in Missouri.

“We’re trying to urge people to be careful when they’re around the tracks as far as in a vehicle, so when you pull up to that crossing, look both directions, be prepared to yield if you need to and proceed with caution,” Hotz said.

Additionally, Hotz emphasized railroad tracks are private property and that trespassing is both dangerous and illegal. Roughly 62 accidents and/or incidents of trespassing occurred in 2015, resulting in 23 fatalities throughout the state.

Kristi Jamison, a railroad operations manager for MoDOT, said Missouri is the 10th largest rail station state in the nation. She highlighted the importance of public awareness, especially with Missouri being a rail-intensive state.

“We focus our efforts in places where we’ve seen the most activity and where we’ve had collisions or fatalities and injury accidents,” Jamison said. “We target those areas to bring awareness and try to get those numbers down to zero wherever we can.”

From an engineering perspective, Jamison said MoDOT is working to improve signals at railroad crossings.

“We try to do upgrades to the safety of crossings by adding lights and/or gates to crossings, and we’re able with the funding we have to do about 25-30 projects a year in hopes of increasing that safety again,” Jamison said.

Hotz added “Trooper on the Train” activities will happen throughout the state this week, where officers will ride trains, spot crossing violations and educate the public on safety regulations.

In terms of safety advice, Hotz said although railroad accidents may not happen as frequently as other vehicular crashes, the dangers are still present.

“Because of the fact that the train weighs so much more than the passenger vehicles, the consequences are often deadly for the occupants inside,” Hotz said.