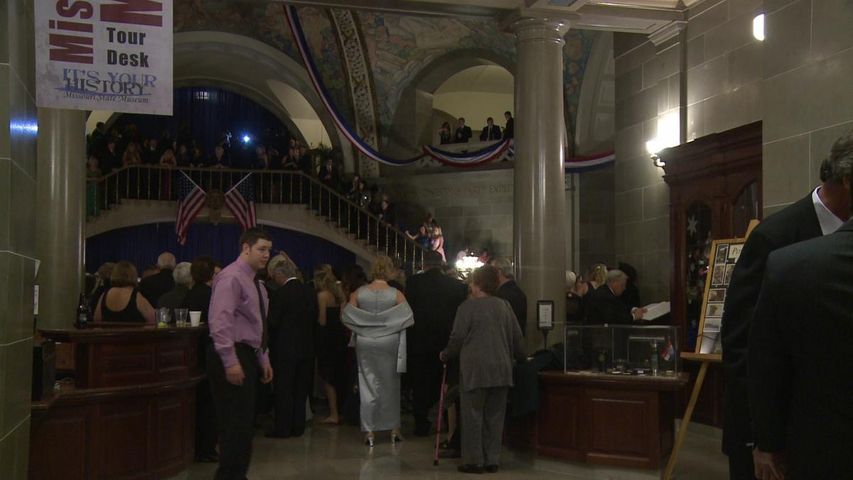 JEFFERSON CITY - The Inauguration day for re-elected Governor Jay Nixon ended on Monday with the Inaugural Ball at the State Capitol. Politicians

Governor Nixon along with newly elected house and senate members gathered at the Capitol's Rotunda to celebrate the beginning of a new term. The main ball, which included Nixon and his guests, took place on the first level of the state Capitol. Guests watched newly elected officials enter the rotunda from all levels of the capitol.

Although attendees were dressed in formal wear, they still danced and celebrated to music from a live band. While some guests participated in the main ball, others visited state representatives at their offices.

State Representative Jeff Roorda said events like the Inaugural Ball are a great way to showcase the work that goes on at Missouri's Capitol, and the work that Nixon mentioned in his inaugural address.

"He talked about what we can do together as elected officials and encouraged us to put our difference aside in the interest of the people of the state and that's exactly what I plan to do," Roorda said.

The Inaugural Ball lasted until 11 p.m. Monday night. There were over 200 guests present.