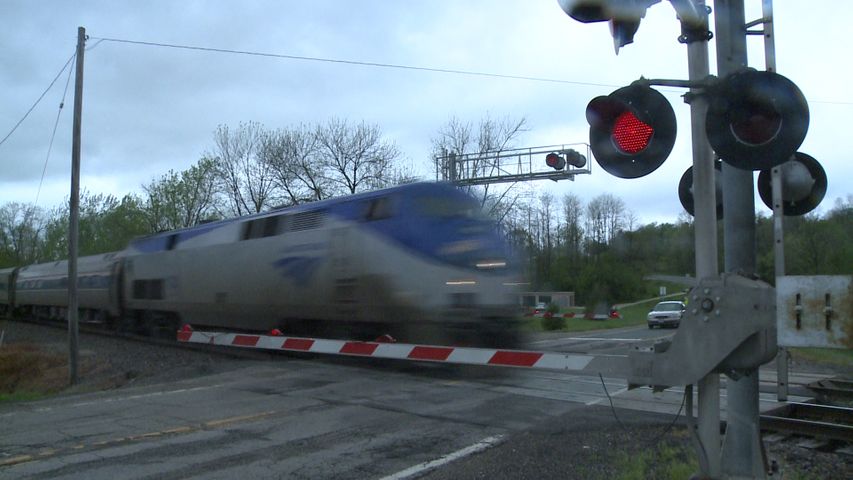 JEFFERSON CITY - Missouri is working to promote safety for those crossing railroads. Tuesday, members of Missouri's Operation Lifesaver and the State Highway Patrol stood at railroad and street intersections to stop drivers to inform drivers about Rail Safety Week and give them brochures on how to keep themselves safe.

The number of railway collisions has risen from 32 to 41 in the past two years, and there have been 21 pedestrian deaths between 2009 and 2010.

Missouri Operation Lifesaver State Coordinator, Rick Mooney, says, "The most important tip we give is that drivers slow down when they see the railroad caution signs. It's a lot easier than a train going 55 miles per hour that will take a mile to come to a stop."

Sometimes the train is coming around a bend and will not be able to see the tracks a mile ahead. The train's horn and any lights at the intersection are their defense against accidents.

Lieutenant John Hotz of the Missouri Highway Patrol says, "Unfortunately, there are people who ignore the lights and try to beat the train. That's probably the biggest cause of the collisions."

Promotions will continue throughout the week and all over Missouri. In addition MODOT's website has a "Train Your Brain" quiz on their website, and prizes are available.