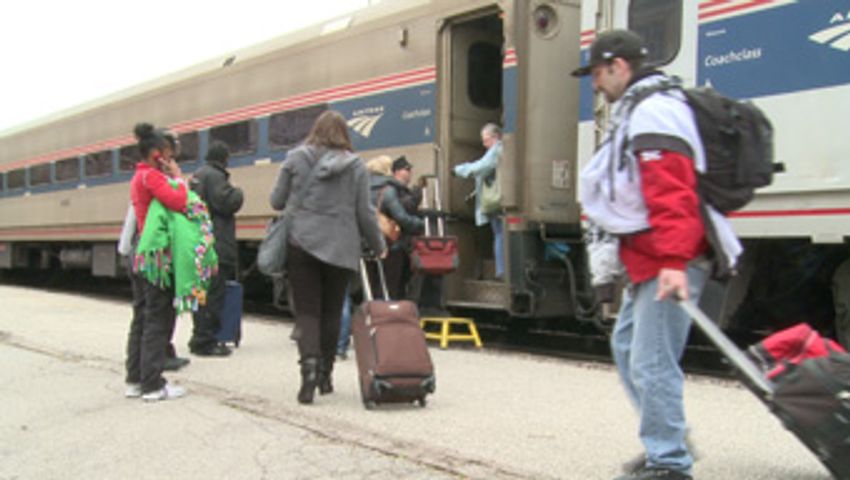 In the third quarter of 2011, there were eight railroad crossing fatalities and 32 collisions. This year, the fatalities decreased to four and collisions to 19.

Operation Lifesaver is a non-profit, public education program that is helping to keep these numbers down. The program's purpose is to provide education and safety presentations. There are state coordinators located in nearly every state providing guidance to the community.

"Remember [trains] are not going to be able to stop quickly. It takes them maybe a mile or more if they are going 50, 55 miles per hour, so it's up to the motorist to stop and avoid the collision," said Missouri Operation Lifesaver State Coordinator Rick Mooney.

Over the last five years, Missouri Amtrak passenger trains increased ridership by 74 percent. With more people coming to the tracks, it is necessary to know how to be safe.

Earlier this year, trains killed two people walking on the tracks because they were wearing headphones and didn't hear the train coming. Missouri Department of Transportation officials warn people to be careful and pay attention to their surroundings, especially while listening to music or on their cell phones.

"Missouri has the tenth largest railroad system in the nation, and we have over 4,000 public crossings, so there's plenty of opportunity for conflict between pedestrians and vehicles with the railroad," said Missouri Department of Transportation's Railroad Operation Manager Kristi Jamison.

Different warning signs tell pedestrians and drivers that there are train tracks ahead. MoDot said the only safe place to cross is at designated public crossing. Crossing at any other place is considered trespassing. MoDOT urges everyone to be smart, alert, and as Mooney said, "Treat every crossing like a train is coming."