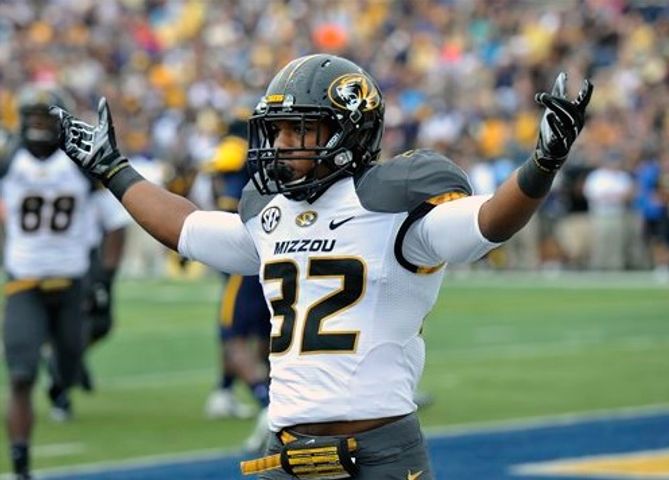 COLUMBIA, S.C. - Russell Hansbrough scored two of his three touchdowns in the final seven minutes and Missouri rallied from 13 points down to beat No. 13 South Carolina 21-20 on Saturday night.

The Tigers (4-1, 1-0 Southeastern Conference) trailed 20-7 and managed just 181 yards of offense through three quarters when Maty Mauk began the comeback with passes of 41 yards to Bud Sasser and 26 yards to Wesley Leftwich to South Carolina's 1 before Hansbrough drew them within a score.

After the Gamecocks (3-2, 2-2) went three-and-out on their next series, Missouri was in business again. The Tigers converted two fourth downs in the sequence, including Hansbrough's 1-yard TD run.

The outcome was a sweet turnaround for Missouri, which lost a 17-point lead in the Gamecocks' double-overtime victory last year.