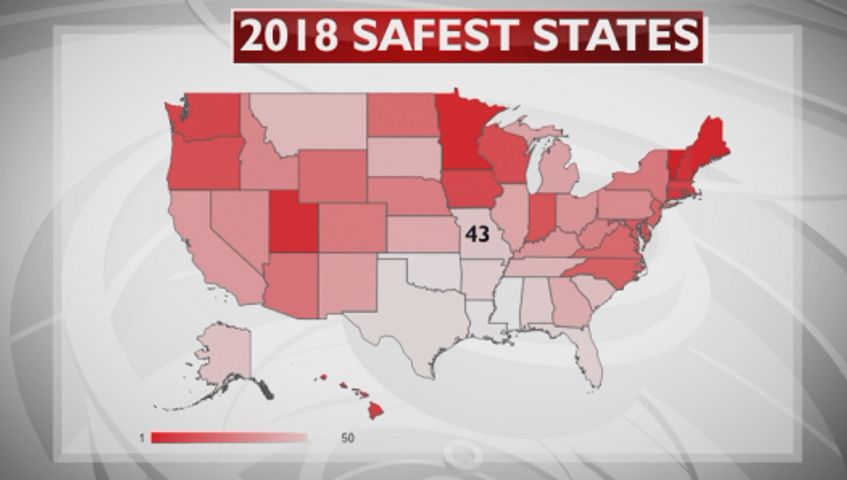 COLUMBIA - Missouri is only seven spots away from being the least-safest state in America, according to WalletHub.

According to the WalletHub report, Missouri's lowest scores are in the financial and road safety categories. Missouri is ranked 40th for financial safety and 42nd for road safety.

"Financial safety would be the thing protecting a state from deficient, from mini-recessions and not only unemployment rates, but under employment rates," Jill Gonzalez, analyst at WalletHub, said.

Gonzalez said road quality, pedestrian fatality, vehicle fatality, and traffic discipline are all things people keep in mind when they are on their way to work. People also consider the same issues when relocating to a different state.

One Columbia resident said the ranking was eye-opening.

Gonzalez said all of the data from this report came from government sources: the census, the Bureau of Labor Statistics, the FBI, the Council for Community and Economic Research, and US permanent labor.