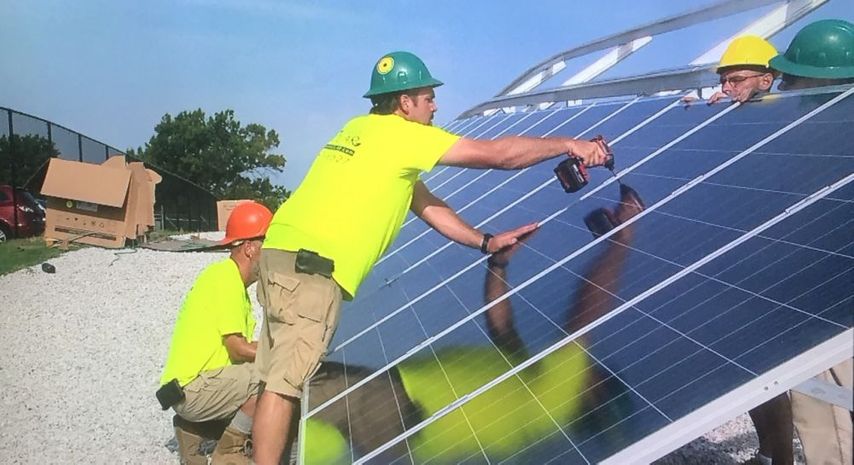 Right now Berlin, Germany is the leading city in the world for solar energy.

Deputy Director of Renew Missouri Mark Walter said, "Missouri has between four to five average sunlight hours a day and Germany is between 3 and 4. They have way more solar installed than Missouri."

Walter said, the difference between Germany and Missouri is that the policies in Missouri do not favor retail renewable energy companies. "Missouri's net metering cap, so how big of a system can you install... it's at a hundred kilo watts which is kind of small. For most residents that's fine but for businesses, they would like to see that cap go up to about 1 megawatt or 2 megawatts even. So 10 to 20 times the current size limit."

Walter believes the change is yet to happen because, "Utilities are very popular within our state and most of them are really against changing solar policy... Utilities make money by selling more energy so when you decide to go solar and you ar using less energy, ultimately the utility loses money."

"It's the rural cooperatives like Boone Electric that sometimes especially in the state capitol are more abstinent to change." said Walter.

However, Boone Electric Cooperative plans to provide solar energy to those wanting it starting in August.

Manager of Member Services at Boone Electric Cooperative Chris Rohlfing said, "if solar energy was cheaper, we would have been the first ones to do it. The sun may be free but the panels cost a lot of money."

Also, Rohlfing said, "Solar energy cannot be stored for later, which means it's not a substitute for conventional electrical generation."