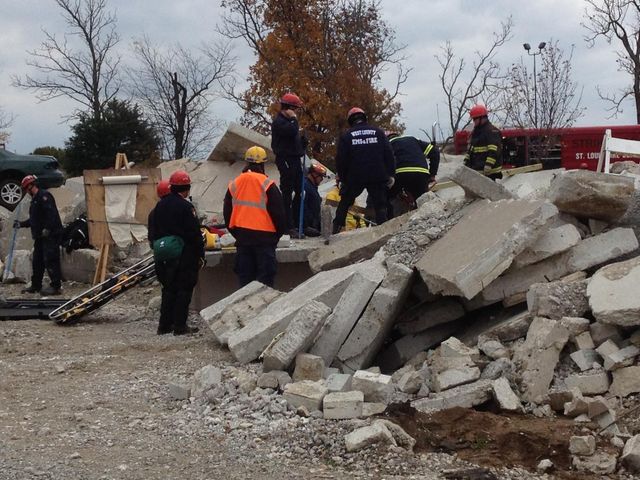 Agencies responded to real-life large scale scenarios and are expected to save as many lives as possible. Some of the scenarios included scenes from after an earthquake, a collapsed car garage, and collapsed buildings.

Although the scenarios were set up, danger was still a risk for those participating in the training.

"The reality is that we need to train like we will essentially operate out in the field  and so there are real dangers during these training events."

One squad was given the mission to rescue a child and adult from a simulated parking structure collapse. The team was able to climb within the rubble and rescue both the child and adult.

"From being on real life deployments to training like this. Just being able to go into local areas and let them know what we can do and what resources we have it is very beneficial. If we ever have something major there is not one entity that can solve the problem."

Olsen was especially excited about the new Lakota Helicopter the National Guard received in August. Missouri Task Force 1 will get to use the helicopter to better assist people on their missions.

" The response times would be delayed with out them. With the aircraft it allows us to get airborne and cover the damage area that you typically can't get to because of debris. We can help them find the best means in and out of the impacted area." said Air-force Auxiliary Pilot Tom Henderson.

While the helicopter and communication technicians tested different scenarios, teams on the ground continued to try to rescue more than twenty eight people from debris.