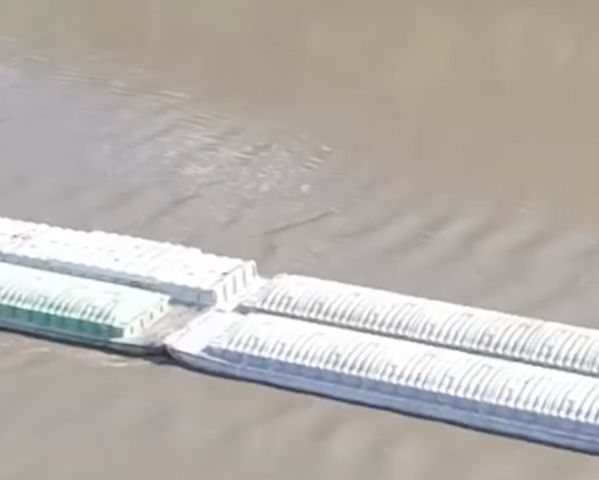 JEFFERSON CITY – The slowest mode of transportation is making its way up and down the Missouri River progressively.

According to MoDOT, barge traffic has increased 275% since 2011.

AGRIServices of Brunswick, located at the most northern point of the Missouri River between Kansas City and St. Louis, has reported record high shipments for the past two years.

“At the end of the day we are movers of fertilizer and grain. We buy fertilizer and grain and either push it in or out of the market. The most important thing for our customers is how efficient we can ship it,” Operations Manager Doug Bonderer said.

He classifies AGRIServices as the middleman.

“It’s headed to the port of New Orleans to be put on a larger ship and then overseas,” Bonderer said.

“The Missouri river, as I see it, is I feel underutilized,” Bonderer said.

AGRIServices is the busiest private port on the entire river and Bonderer said barge traffic is as consistent as it has ever been.

“It’s not necessarily time, it’s the consistency… the reliability,” he said.

Barges do not travel at the speed of planes, trains and automobiles but they are making hard working Missouri farmers happy with its increase in traffic.

Brad Kircher and his family have been working on the Howard County Fields for more than 50 years harvesting around 700 acres of beans. The beans the Kircher’s harvest are hauled by barge.

“You have some money on shipping costs and you can access markets that might be paying more of a premium,” he said.

“It’s really opening up the middle part of the country for this type of transportation,” he said.

Allen said the new port will be in between the prison and national guard.

“In three to four years we’ll be in total operation probably. It’s a long project,” he said.

A long project that will bring cheap transportation to the Gulf of Mexico and beyond while benefiting Mid-Missourians all around.