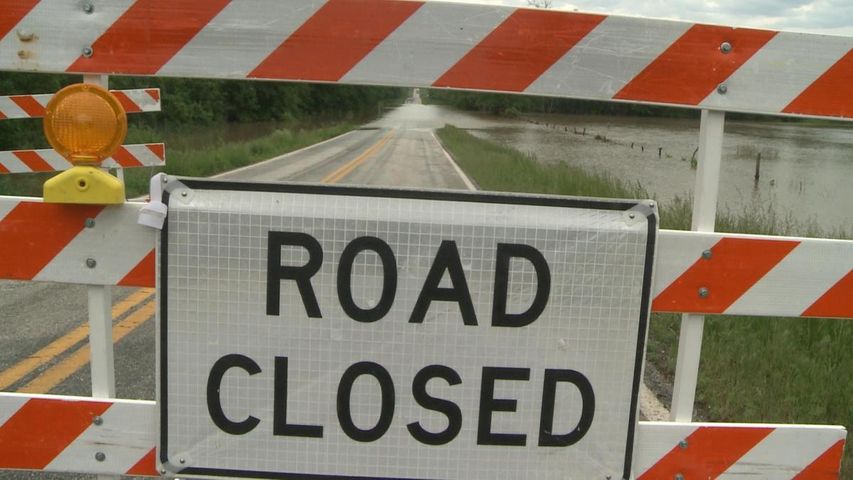 MACON -- The Memorial Day rainstorm caused many Mid-Missouri roads to flood, and some are still underwater.

Resident Lynn Tucker said many visitors pass through Route PP, but are forced to turn around because of the road closure. Since Tucker's house is next to the closure, those visitors turn around in his driveway.

"Every year, or two or three times a year,we have about five or six hundred visitors around here and they turn around my driveway," Tucker said.

Another Macon resident, J.D. Phipps, said the flooding affected the east more than the west.

"We're only two in a half, or about three miles outside of Macon here and Route PP, the little salt river, flows just below us," Phipps said.

The good news is there have not been many stranded cars.

"We've only had to help out one stranded person to get to the other side," Tucker said.

Tucker said he is excited for the road to dry out, but he knows it will happen again.