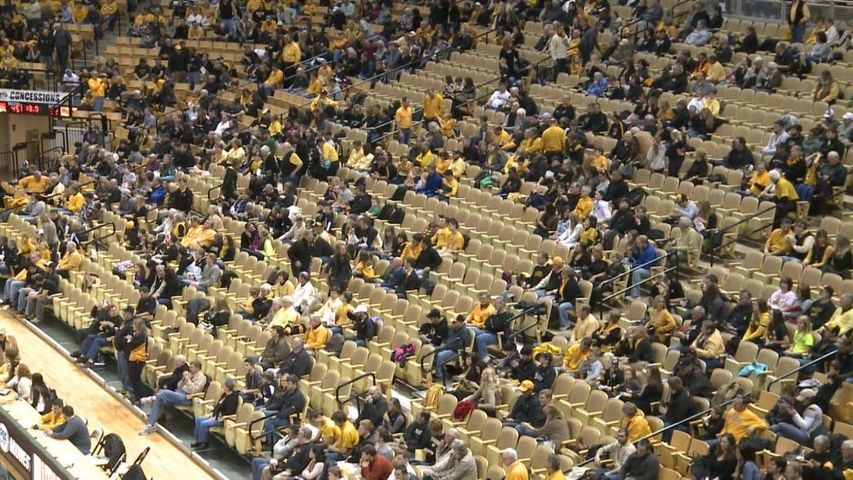 COLUMBIA - So far this year, Missouri has seen the largest percentage drop in attendance at home games in the Southeastern Conference.

The SEC ranks third among conferences in the nation for attendance at basketball games, but this year, average attendance in the conference at is at its lowest level since 1986-1987.

This past Saturday against Mississippi State, Mizzou had its lowest attendance for a Saturday home conference game since January 2007.

"We have a lot of season ticket holders that are from St. Louis and Kansas City," Missouri Basketball coach Frank Haith said. "And if there's tough weather, humanistically, do I want to drive down in the snow when I can watch it on TV?"

The athletic department says start times for games have also been a factor.

"TV has become such a demand and your placing game times at six in the evening," MU Spokesman Dave Reiter said. "And you're working all day and you're trying to get home, trying to get your family ready, trying to get a bite to eat before coming to the arena, and you have to travel from Kansas City and St. Louis."

Reiter points to ticket sales, which are consistent with last year's numbers, to claim interest isn't down.

This year, Missouri has sold an average of 8,445 tickets per game, not including student tickets, this season. Last year, that number was a similar 8,448.

Missouri's players have a wide range of opinions on the issue.

Sophomore forward Ryan Rosburg was understanding of the drop.

"I think you do notice," Rosburg said. "It's disappointing, but you understand people's schedules."

While junior guard Jordan Clarkson says that winning games will bring back fans.

"Our fans are great. We just go to do what we do and get wins for them."

Both Haith and Reiter said they've been missing the students, who they say provide the biggest boost of energy to the arena.