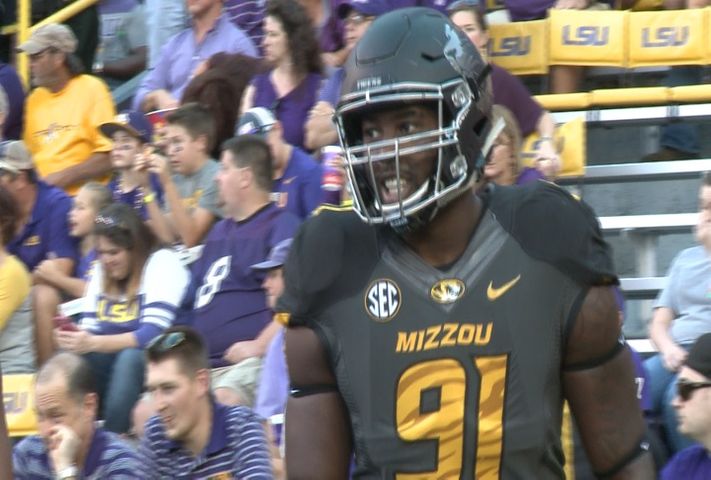 COLUMBIA - Missouri defensive end Charles Harris has played his last snap in the black and gold. The star junior announced today he will skip his senior season and declare for the NFL Draft.

Essentially, Harris said he believes he got everything he could from Mizzou. He will graduate in May.

"I feel like I have used all my resources here at Mizzou, which is what every student-athlete should strive to do," Harris said.

Harris was a part of the Missouri team that reached the SEC Championship Game in 2014, but has also been a part of two losing seasons with the Tigers in 2015 and 2016. However, it was in those two seasons that he was a leader on the defense.

To be lumped in with players like that is an honor for Harris who played alongside Shane Ray for one season. He will get a chance to truly prove he belongs in the same sentence as those guys at the NFL Draft Combine which runs from February 28 through March 6.

"It's an honor to come in. God had perfect timing. I came at the perfect time when D-Line Zou was really erupting. I had some great leaders in front of me: Markus Golden, Shane Ray, Kony Ealy, Michael Sam, the list goes on, but I just came in at a great time," Harris said.

Despite leaving before his last year of eligibility, Harris said Mizzou would always be a part of him.