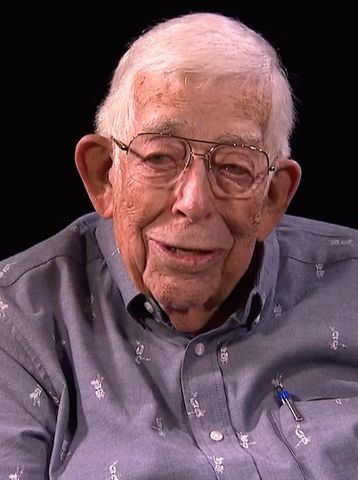 COLUMBIA - Former students, friends and family gathered at the Reyonds Journalism Institute of the Missouri School of Journalism on Saturday to honor Professor Emeritus Rod Gelatt with an endowment for his 90th birthday.

The Rod Gelatt KBIA Faculty Enhancement Fund will offer support to KBIA-FM, the Journalism School's public radio station. The Director of Advancement at the School, Shannon Burke-Kranzberg, said people came together to donate more than $30,000 to the fund.

“I’ve always wanted to let Rod know how much his students appreciate him and everything he taught us,” Martin said in an article released by the School. “Rod isn’t one to toot his own horn, so we wanted to toot it for him. Plus, we wanted to honor Rod in a way that would benefit KBIA for generations to come.”

Gelatt worked at the Missouri School of Journalism for more than 45 years. He joined the University of Missouri faculty in 1963, first serving as news director at KOMU-TV before moving to KBIA. Gelatt played a key role in implementing students into the major work of the newscasts, creating the foundation for the Missouri Method the School is known for today.

He produced and moderated KOMU's Missouri Forum, and created KBIA's Views of the News in 1994, which still runs today.

Gelatt also guided KOMU 8 through the switch from black and white to color broadcasting.

Those who would like to contribute to the endowment can mail donations to the Missouri School of Journalism Office of Advancement or make a donation online.

Gelatt will celebrate his 90th birthday on September 20.