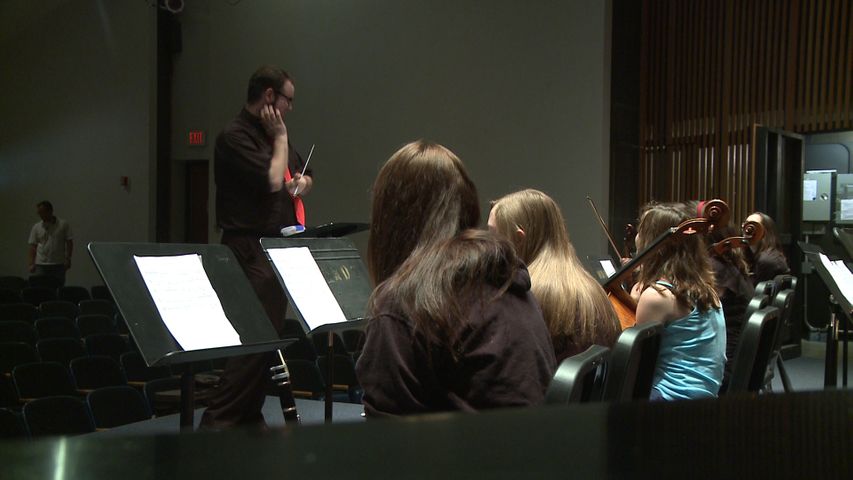 COLUMBIA - The Missouri School of Music hosted a concert Saturday in Memory of Sean Radcliff and Jeremy Porter—two Marching Mizzou band members that died in a car accident in June.

The two students roadtripped to San Antonio to visit a friend. On the trip back, Porter drove and hit a tree. Porter died in the accident and Radcliff was found brain-dead. Radcliff then died in the hospital shortly after.

The MU School of Music hosted the concert in recognition of the students' deaths. The concert featured many instrumental and vocal ensembles as well as some solo performances as well.

The music department plans on selling recorded copies of the concert for $15 each. The money raised will be used to inscribe a bench at the Francis Quadrangle with Radcliff's and Porter's names. Also, the money will be used to compose a music piece in memory of the students. The MU Symphonic Band will play the piece later this year.