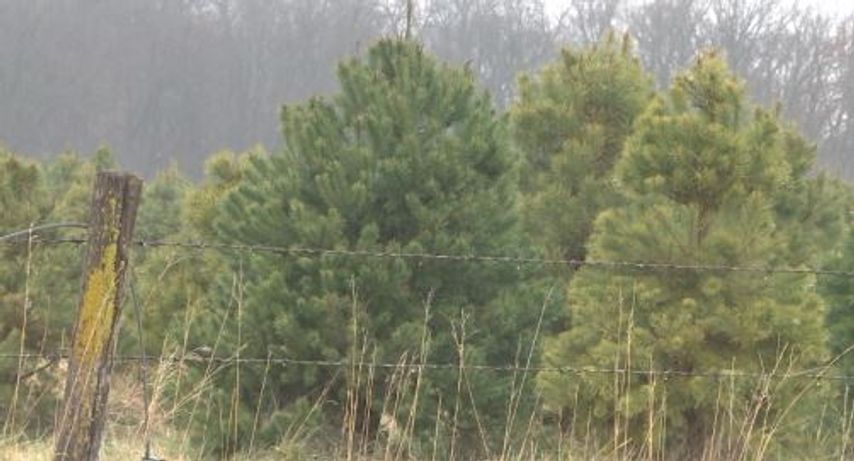 BOONVILLE - The number of Christmas tree farms in Missouri have declined over the years. In 2002 the state boosted 196 farms, decreasing to 131 in 2007 and 105 were reported to be open in 2012, according to a study done by the National Christmas Tree Association.

Despite the decrease in farms, Starr Pines Christmas Tree Farm in Boonville is still running and planning for future harvests.

Owner of Starr Pines Christmas Tree Farm, Wayne Harmon said the decline could be related to the long-term investment of the business.

"It takes seven years of waiting to even start harvesting," Harmon said.

He also said farmers might leave the business if their trees experience a fungal disease or an insect infestation.

Instead of using chemical pesticides, Harmon said he handpicks visible insects like bagworms from all of his trees and found the practice to be more effective.

The trees are grown naturally without any harmful chemicals. Harmon is also experimenting with different tree species, like Clover trees, to improve the soil content.

Popular trees at Starr Pines include the Scotch Pine and Norway Spruce. The farm also has Fir trees, but the saplings aren't ready to be harvested just yet.

Starr Pines Christmas Tree is open 9 am till dark every day until Christmas.