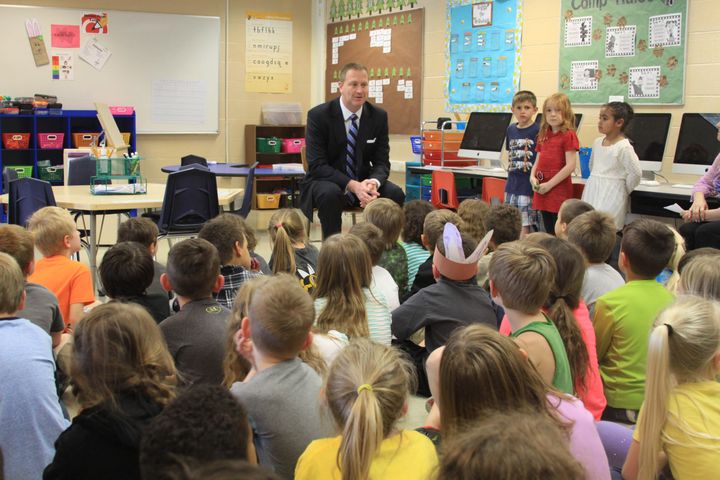 Photo courtesy by the office of Eric Schmitt.

JEFFERSON CITY - Missouri has one of the lowest enrollment rates when it comes to the 529 College Savings Plan.

State Treasurer Eric Schmitt wants to increase awareness when it comes to college savings. Since he took office in January, Missouri’s MOST 529 College Savings Plan has seen around 3,500 new accounts.

“We’re going to continue to work hard,” Schmitt said. “Building those relationships and partnerships with school districts, with businesses and with non-profits to get as many people enrolled as possible.”

But, he said the biggest challenge is getting the word out.

“We have about 2.5 percent enrollment, which is a lot lower than other states, including states our size, like Kansas, Ohio and Indiana — places like that,” Schmitt said. “So, we have some work to do.”

Missouri’s MOST 529 College Savings Plan allows parents to save for their child’s education while also saving money on taxes. Schmitt said Missouri has one of the more generous deductions in the country.

“The second benefit of that is that as that money grows over time, five, 10, 15 years, any gain on those investments over time isn't taxed either,” Schmitt said.

According to the top 10 counties for higher education savings list on the State Treasurer’s website, Cole County is no. five on the list while Boone County is no. six.

Missouri’s Commissioner of Higher Education, Zora Mulligan, has been a member of the Missouri Higher Education's Savings Board, which governs the MOST 529 College Savings Plan, for about a year now. Mulligan said this is the best way to save for college from a financial perspective.

“There are also a variety of investment options that allow people to really tailor their investment plan to their need and their level of comfort with risk,” Mulligan said.

Schmitt said, “If a college savings account is open for a child, they're six times more likely to go to college.”

Schmitt said the program is not just for parents. Grandparents and friends can participate as well.

Schmitt said he has teamed up with seven school districts to talk to students, teachers and parents about his initiative. He said it's important to talk with students about college early.

"And I think that’s part of why you see when an account is open, a child is six times more likely to go to college then when they don't have an account," Schmitt said. "Because there’s a whole kind of system then created — there’s an expectation, there’s encouragement, there’s money. It’s a very important thing for us to be encouraging.”