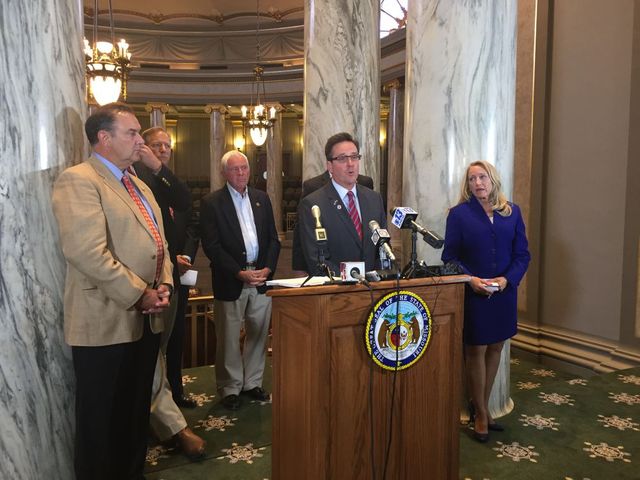 JEFFERSON CITY - After almost a year long investigation, the members of the Majority Caucus in the Missouri Senate said they have no firm answers in their investigation regarding the disposing of tissue from aborted fetuses.

The committee said it has more questions than answers. But, it believes Planned Parenthood is out of compliance with state law in its disposal of fetal tissue. They also believe that documents reveal shocking indifference to women's health, possibly constituting medical malpractice.

Planned Parenthood released a statement that said, “Planned Parenthood of the St. Louis Region and Southwest Missouri does not, has not, and will never sell fetal tissue. Planned Parenthood always has and always will provide quality, expert health care to our patients under the highest legal, medical, and ethical standards."

Sen. Kurt Schaefer (R-Columbia) said, "The evidence shows Planned Parenthood's procedures border on outright medical malpractice, which would not be tolerated in any other area of surface to delivery in medical field.”

Schaefer said Missouri law mandates that a representative sample of tissue be submitted to a pathologist review.

However, Schaefer said the committee found that Planned Parenthood documents state the entire fetus tissue is going to pathologists, and not just a representative sample.

“It appears that Planned Parenthood is possibly violating state law by sending the entire fetus to pathologist not informuline or other preservative or immersing fetal parts that have yet to be reviewed by a pathologist in preservative solution, which will also be a violation of state law," Schaefer said.

The committee doesn't know how much tissue is being delivered from Planned Parenthood since the pathologist pleaded the fifth.

Originally back in July 2015 Missouri Senators formed the Sanctity of life committee after questions about disposal of fetal tissue.

In April of this year, Planned Parenthood agreed to release documents to the Senate, and in return a regional executive would not be held in contempt for earlier denying to testify in front of the committee. The consequence would have meant possible jail time.

In April, the General Assembly passed a budget that rejected $8 million in federal funding that would go to organizations like Planned Parenthood.

A Missouri Senate attorney began looking into the released documents at the end of May.