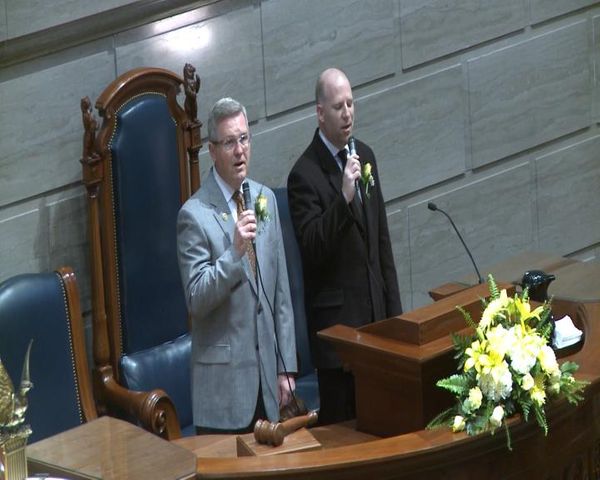 JEFFERSON CITY - Family members, friends and general members of the public sat in the upper deck of the Senate chamber while current senators took their seats Monday afternoon to honor former members who have died.

The memorial service took place in honor of 60 former state senators who passed away since 1987.

During roll call, current senators brought forward a rose and lit a candle for each deceased member.

Former Sen. Gary Nodler attended and stressed the importance of the memorial.

"It's important to remember people that we care about and these particular people all cared about the state of Missouri. They cared about all of us," Nodler said.

Nodler attended specifically to remember his childhood friend, Sen. Larry Gene Taylor. Taylor passed away from cancer in 2005 after serving one session in the Senate.

Nodler also explained how the loss of a member impacts the entire Senate.

"It's very much a family and so you have a connection to every other person that's served. Any one of them that's lost, really dimishes the whole," Nodler said.

After the service, family members and friends gathered to share more stories of their deceased at a reception.