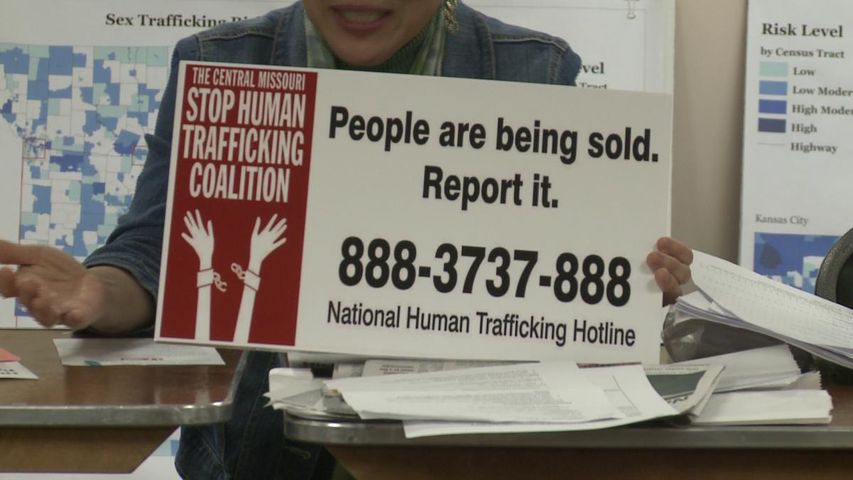 JEFFERSON CITY -  Legislation that would increase the scope of sex trafficking moved to the governor's desk Tuesday after the Missouri House unanimously voted to approve the bill.

The bill, sponsored by Rep. Elijah Haahr, R-Springfield, would expand the crime of sexual trafficking of a child to include the advertisement of a child participating in a commercial sexual act.

"What we learned as we investigated this issue is that everything from high tech apps and websites to low tech posters are used to advertise sex trafficking victims to Johns around the state. By shutting down this means of advertising, we can strike a serious blow against traffickers and hopefully protect hundreds if not thousands of innocent lives," Haahr said in a statement.

Ward said she thinks this is a move in the right direction.

"This will hopefully be a deterent to what is the fastest growing crime in the world," Ward said.

The final version of the bill also includes a provision that was added in the Senate to allow human trafficking victims to participate in a state program to protect their locations from offenders.

"Victims of trafficking should be afforded that same opportunity to be protected by having a confidential address," Ward said.

The bill also has a provision that would further protect the records and forensic interviews of child sexual abuse victims.

"With the governor's signature, we will give law enforcement and prosecutors the tools they need to target and stop those who advertise trafficking victims," Haahr said.