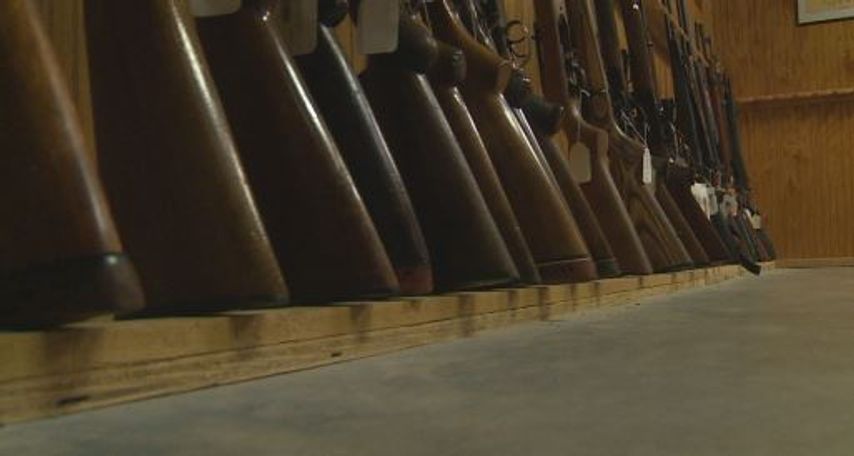 HARTSBURG - Doug Alley, owner of the shooting range Ammo Alley, has seen a 40 percent increase in the number of people who come in for gun training following the Las Vegas shooting, when 58 people were shot and killed.

Alley said it's natural for people to be on high alert following mass tragedies. He said more people are coming to his shooting range to practice using their weapons safely and purchase guns for self defense.

“The firearm is the biggest stick in the woods, and you want to be able to have the ability to defend yourself against those truly evil people in the world," Alley said. "Unfortunately, we never know when that could occur, so you need to be ever vigilant and be prepared."

Alley said he sees a spike in customers every time there's a mass shooting. He said they come in for one of two reasons — to learn to defend themselves or buy items that might be made illegal after an attack.

Martha Newman is one of those people who came into Ammo Alley looking to defend herself.

She took a gun safety course at Ammo Alley two years ago. She likes to walk in the woods and goes many places by herself, so she feels more secure when she's carrying a gun.

At first, Newman said she was uncomfortable with the idea of carrying a gun. But after she took the safety course, she changed her mind.

Newman said she was heartbroken by the Las Vegas shooting. She feels safe in Jeff City, where she lives.

"A lot of times I'm not out where I feel I need to be protected," Newman said. "But I know that I can do it if I have to, and that makes me feel better."