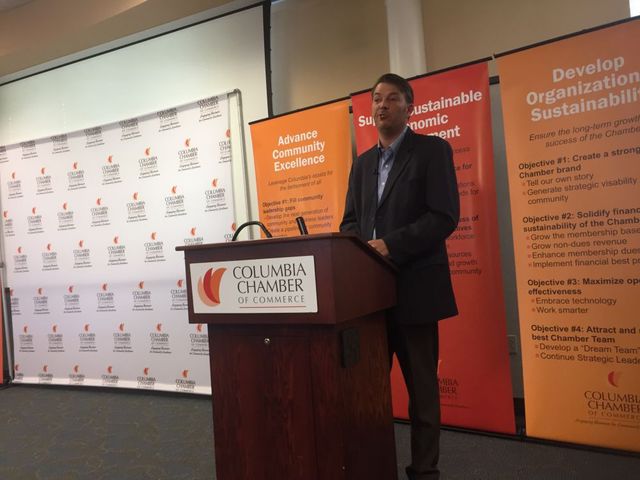 Richardson said he plans to take a closer look at aspects like education and job reform.

"That means creating an environment in Missouri that's friendly to business while developing the kind of workforce that businesses need to be successful," Richardson said. "That's broadly what we're going to working on, but I don't think that you can distill it down to just one issue."

The speaker said he is "looking forward to a stable administration" at the University of Missouri and does not anticipate future issues.

"There's a chance to see relief from the gridlock of the past and I'm hopeful to have progress made," Foley said. "You could hear in the speaker's voice that there's not that animosity that the legislature had last November and December."

The University of Missouri System is the largest government employer in the state, according to the Missouri Economic Research and Information Center.

There has been a request of $10 million from the University of Missouri to expand the MU Research Reactor. A news release for the event said $2 million has already been allocated by the state.

Richardson said he is "hopeful and optimistic" that the funding will be secured.

Matt McCormick, the president of the Columbia Chamber of Commerce, said a key to economic growth will be collaboration between the county, the city, Columbia Public Schools, the chamber and the university.

He said they "will be working together as one voice and talking about what makes the difference and continue creating jobs in Columbia."