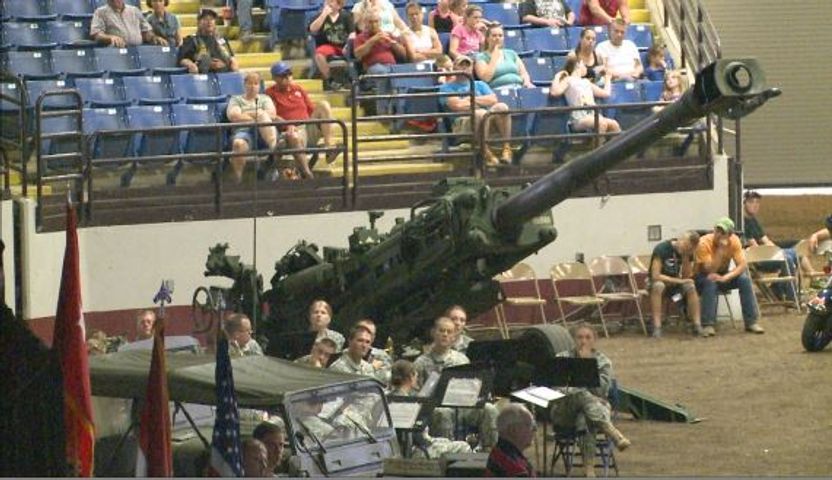 SEDALIA- National and local service members gathered at the Missouri State Fair for Military Appreciation day on Sunday. Veterans and active service members were granted free admission to the state fair as well as being honored with a memorial service.

Military Appreciation day granted free admission to all service members and service member's families were given a discounted rate on admission as well as attractions.
Clifford Smith, a WWII Veteran, was in attendance at the honor ceremony and said he was extremely pleased with the support of veterans from the greater Missouri community.

"I think they do a good job of honoring veterans in Missouri, probably more so than a lot of others," Smith said when asked his thoughts on the day's ceremony.
The honor ceremony coincides with the 113th Missouri State Fair's theme of "Show Offs Welcome!" as many service members received personal acknowledgements and were able to share personal stories.