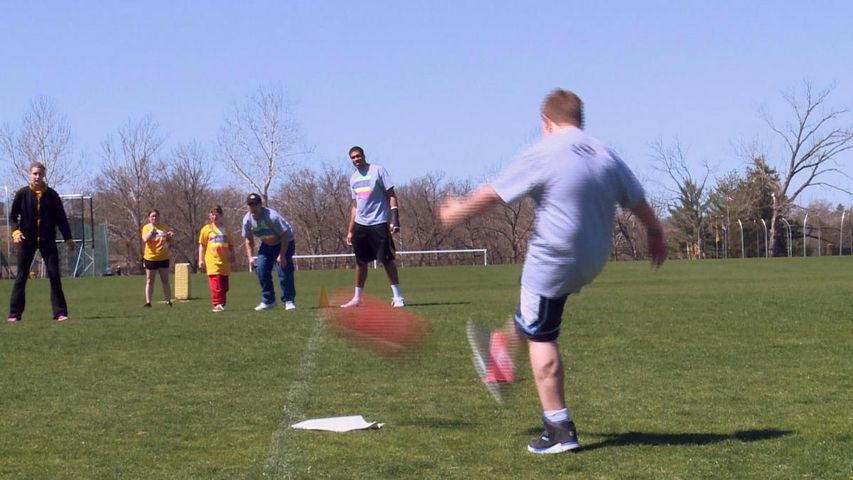 COLUMBIA- Special Olympics athletes from across Missouri got to "kick it" with Missouri student-athletes Saturday afternoon.

The experience proved to be unique for two MU student-athletes.

Cox and other MU student-athletes got know the Special Olympics participants throughout the afternoon through lunch and a kickball game at the Mizzou Athletics Training Complex.

"You know, it's just all about having fun and the competitiveness is toned down," said wrestler Lavion Mayes.

Cox said he struggled with that aspect a couple of times throughout the event.

"I learned not to be as competitive during a sports event," he said. "That was hard because I remember the first game was like, 'oh yeah, we're going to take them out.' I was just like, 'alright, calm down,' and it was pretty fun."

"I do have an understanding of what it is like to have something hinder you and keep you from doing certain things," he said. "I know what that feels like and I want to be there for them."

Mayes said the event also served to prepare him for his future.

"One of my goals as a man is to be a really good father," he said.

The special olympic athlete with whom he spent the day was a seven-year-old boy, who did not want to play kickball with the others.

"I'm just sitting there talking with him," he said. "Just letting him know that if he wants to play, he can jump in at any time."