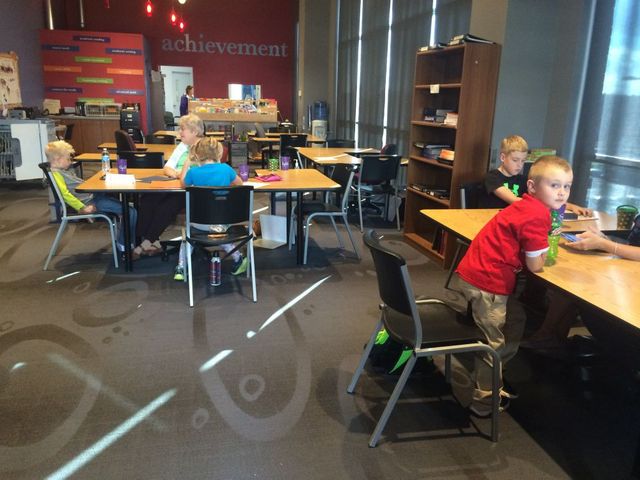 COLUMBIA - Missouri students' math and reading scores have remained the same while the rest of country's scores declined on average, according to the National Center for Education Statistics.

The National Assessment of Educational Progress test is given to representative sample of fourth and eighth grade students around the country every two years. According to Missouri's NAEP State Coordinator, roughly 4,000 Missouri students took the test this year. And it's the largest nationally representative assessment of what students know and can do.

"Test scores, it's kind of a shot in the dark, it's a one day snapshot of student performance," said Southern Boone School District Superintendent Chris Felmlee.

He said, as far as parents are concerned, it's more effective to look at the broader picture of their child's performance over a the course of a few years rather than one test. He said the district values trends over the course of years to see strengths and weaknesses.

"Our test scores are a reflection of our curriculum and how well our day-to-day instruction is implemented for having a greater impact on students," Roth said. "As long as we can see our trend moving upward, I think that's a huge benefit for our schools."

"Just because they're average or above average does not mean that there's nothing that they're missing," Dudley said.

She said schools may have more have a stake in the matter, and that may be why they take the numbers as a good news.

"We don't have to worry about that as much as the school system, because they're held a lot more accountable. Their funding is tied to a lot of different factors, including test scores and things like that," Dudley said. "It's like if you got a C on your test and your friend got a D. Do you really understand the subject matter that well? Not necessarily, but you're the top of the class."

"We always want a better ranking," said NAEP State Coordinator Cindy Hollis. "We would like to get it when other states aren't going down, that would be our main goal in getting a positive gain without the other states going down."

Hollis said the test scores are used in order to reach a higher state goal.

"We're always looking for improvement, we always want students to do better, but NAEP is one dataset used among many others when we look at our Top 10 by 20 goal."