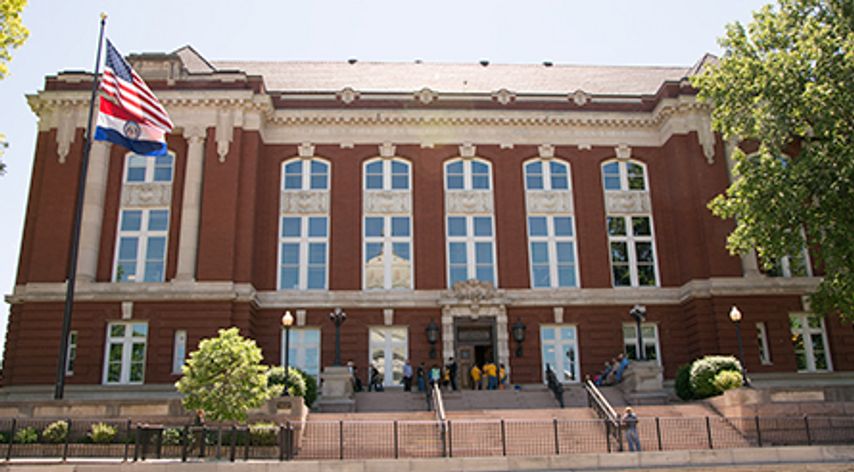 JEFFERSON CITY – The Missouri Supreme Court made a 7-0 decision to keep Amendment Three on the November ballot.

This is what voters will decide on in November:

Shall the Missouri Constitution be amended to:

increase taxes on cigarettes each year through 2020, at which point this additional tax will total 60 cents per pack of 20;

create a fee paid by cigarette wholesalers of 67 cents per pack of 20 on certain cigarettes, which fee shall increase annually; and

deposit funds generated by these taxes and fees into a newly established Early Childhood Health and Education Trust Fund?

Linda Rallo with Raise Your Hand for Kids, which supports the tax, said all of the money, whether it’s from the cigarette wholesalers who pay the fee or from consumers that buy cigarettes, will go into the Early Childhood Health and Education Trust Fund.

Ron Leone, with Missouri Petroleum Marketers & Convenience Store Association, said the amendment is good for Big Tobacco and not for Missouri and he is disappointed that the Supreme Court chose to keep Amendment Three on the ballot.

“Big Tobacco was using unfair and misleading information to get voters to sign the petition. So the language they used to circulate is different than the language voters will be voting on,” Leone said.

He said the problem with the language was that the petition summary was not clear that the tax on smaller tobacco companies would increase annually and that some people may not have signed it if they knew that.

Rallo said Amendment Three is an education initiative that happens to be supported by Big Tobacco.

“We all agree that Missouri’s status as a dumping ground for cheap cigarettes doesn’t do anyone any good. We are the only state in the entire United States that allows for small tobacco companies to sell their cigarettes at a discounted rate and they have an unnatural market advantage,” she said.

Some groups that oppose the amendment are concerned money from the fund will not go to public institutions, but will go to private institutions instead.

Rallo said “In order to provide quality programs for birth to five you have to be able to have a competitive grant process that will allow lots of providers, because, while we would love for the public schools to get all the funding, there are areas in Missouri where public schools do not have the physical capacity to take care of babies.”

Voters can decide on Nov. 8 if they want the amendment to go in the Missouri Constitution.