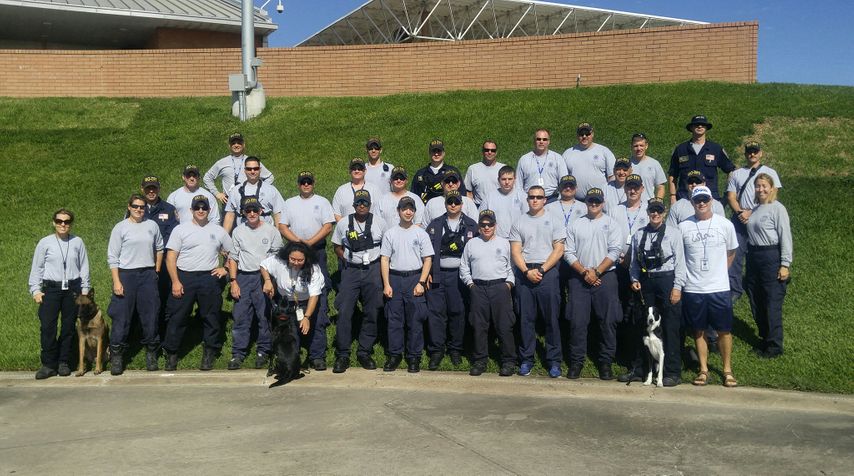 COLUMBIA - “When we show up, it’s typically the worst day of their lives. So, we may not be able to have magic wand and change everything, but what we can do can often make a big change."

Erin McGruder is part of Missouri Task Force 1, a team deployed to Texas to help with Hurricane Harvey. She was part of a group of 47 members that spent two weeks rescuing more than 370 people and 40 animals from the floods.

“Pretty much by the time we got there everything was flooding. It was flooded above the roofs of cars, flooded up to the level of attics,” Troup said. "It was a good thing we were able to interface with the local citizens, residents and different task force teams. There were a lot of people in need of aid.”

The task force spent the two weeks sleeping on the floors of schools and fire stations. But that didn't stop them from helping everyone they could.

"One of the first things we did was pull up a bench, they had a picnic table in the back of the station. We pulled it right out, opened the front doors of the station and I just sat there with the note pad, because people would start walking in and telling me things like ‘My mom is insulin dependent we can’t get a hold of her this is her address,’” McGruder said.

Randy Sanders, MO-TF1 leader, said everything they went through was worth it because of the people they helped.

“It’s the people. Because when we go in and do an affective rescue or an evacuation, you know, they are upset they’ve lost everything. They at the worst time of their whole lives," Sanders said. "They are crying, they are upset, we might get a hug. It’s just the people that mostly affects us.”

Now, the task force is looking forward and getting prepared to help with Hurricane Irma. Two people are already in Puerto Rico and the Virgin Islands. Boone County Fire District assistant chief Gale Blomenkamp said the incoming storm is causing issues with communicating with them, but he's sure they're safe.