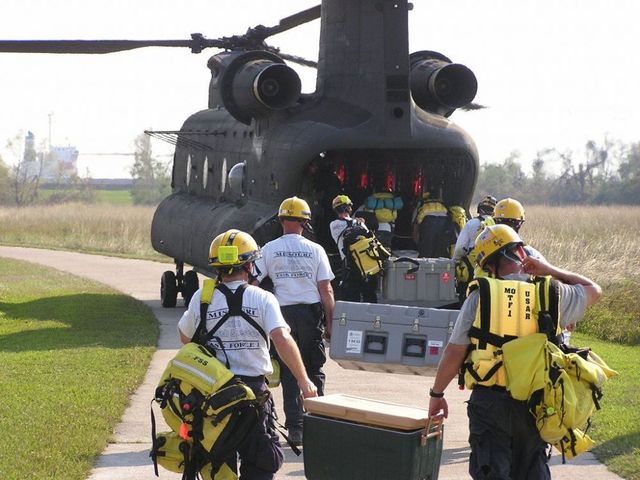 BOONE COUNTY - The Missouri Task Force will receive money from the state budget for the first time.

The Missouri Task Force is getting $1.25 million from the Missouri Department of Public Safety. $750,000 is to be used for deployments in Missouri and $500,000 for training.

The task force was originally only funded through the federal government, which gives the Missouri Task Force about $1.1 million annually to fund the operation, according to Scott Olsen, Boone County Fire Chief.

"By putting this money in the budget, we can train more first responders and have money available so they can deploy more quickly," Olsen said.

Before the the addition to the Missouri budget, only the federal government could send the Missouri Task Force to a disaster or situation either locally or nationally.

"When you get a Joplin or an event like that, even though it's in the state of Missouri and geographically they are very close by, because it is reimbursed by the federal government, there are rules and guidelines they have to go through first before they can deploy and sometimes that can be a little bit slow," said Senator Kurt Schaefer, (R)- Columbia.

Doug Westhoff, Missouri Task Force 1 Leader, said, ""There's often considerable delay there, it's just the federal process, it takes a while to work,"

"I think it will end up allowing the task force to train for a variety of different areas that it can't now because of the cost," he said.

Westhoff said, "Having appropriate funding in order support practical field exercises is going to be critical to our success and our preparedness."

Olsen said he used to be worried about the Boone County Fire Protection District finances if the Missouri Task Force 1 unit had to be sent to a situation.

He said the additional money "means to me that our personnel and the fire district will be taken care of financially, immediately during and after the disaster."