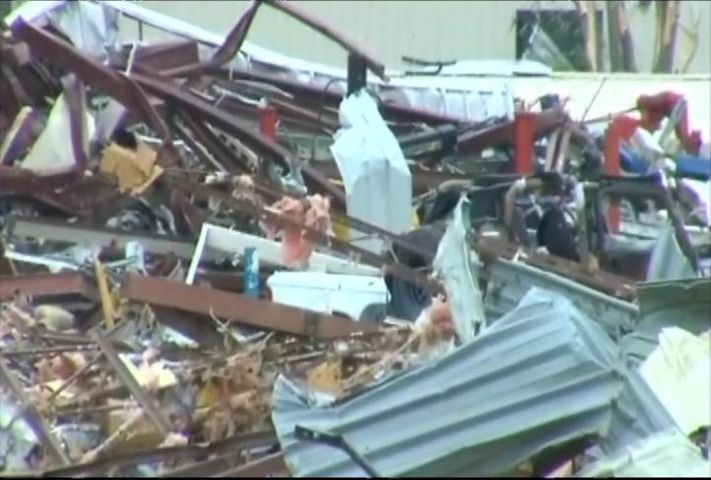 COLUMBIA - Three members who were helping after the tornado in Arkansas returned to Missouri Wednesday evening.

One of the members was from St. Louis while the other two were from Columbia. The members were sent Monday to Arkansas to help with disaster relief.

The three members were part of the management team at the Little Rock Air Force Base in Arkansas.

"When search and rescue teams go into the field to work they send management components that kind of facilitate the communication between those folks in the field, the doers of the job and the state, local, and federal contacts that communicate about what work needs to be done what the priorities are, those sorts of things," Incident Support Team Advance Member, Doug Westoff, said.

Task force members from all over the United States were part of the team which helps keep communication between the state and federal forces during disaster clean up.

The full Texas Task Force was sent to help in search and rescue, but all management forces were on standby as well.

Tennessee and Missouri's task forces were the closest ones that could be sent to help in Arkansas, but both declined when the storm threated their states as well. Texas was the next closest and went, while Nebraska's task force was on standby if needed.

"When the original call came in the storms were still very active in Tennessee and Missouri," Westoff said.

The three Missouri Task Force members saw the devastation in Mayflower and Vilona as they headed back to Missouri.

"The school is just devastated the roofs off of it the brick walls are down it will be totally destroyed, and just a number of homes and garages and those sorts of things and that was really just what was visible off of highway 67 as we were leaving town," Westoff said.