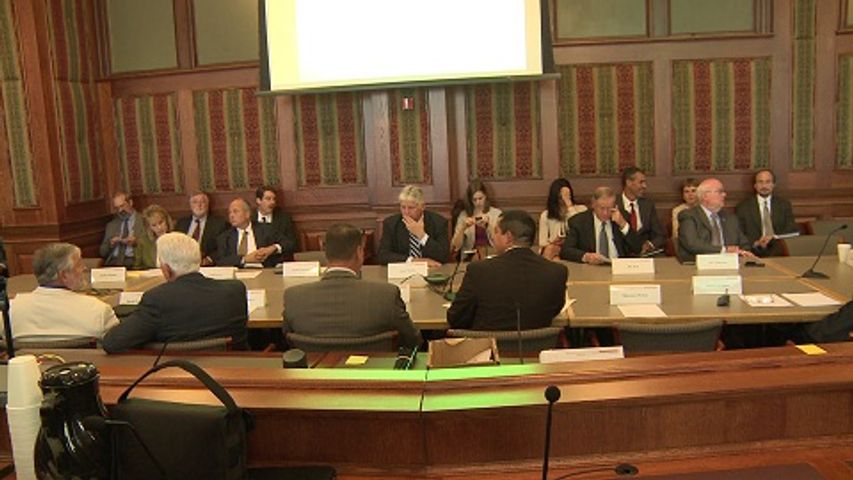 Nixon thanked the commission members for their hard work in 2010, but said funding low income housing and historic funds, while beneficial, came at a price.  The governor said the state slighted education, and Nixon said education will be a focus in January.

After giving the commission members a December 5 deadline, Nixon sent the members to their meeting.  The meeting started off with a review of the original 2010 report.  The members then heard from the State Budget Director Linda Luebbering about how tax credits fit into the state budget and where tax credits were appropriated most.

After Luebbering spoke, the commission heard testimony from members of different legislative committees on why they want tax credits appropriated to them.  Commission chairman, Republican former senator Chuck Gross of St. Charles, said he expects the commission to work extremely hard to make the December 5 deadline and hopes the commission will listen to the testimony and use it to help make new recommendations for 2013.