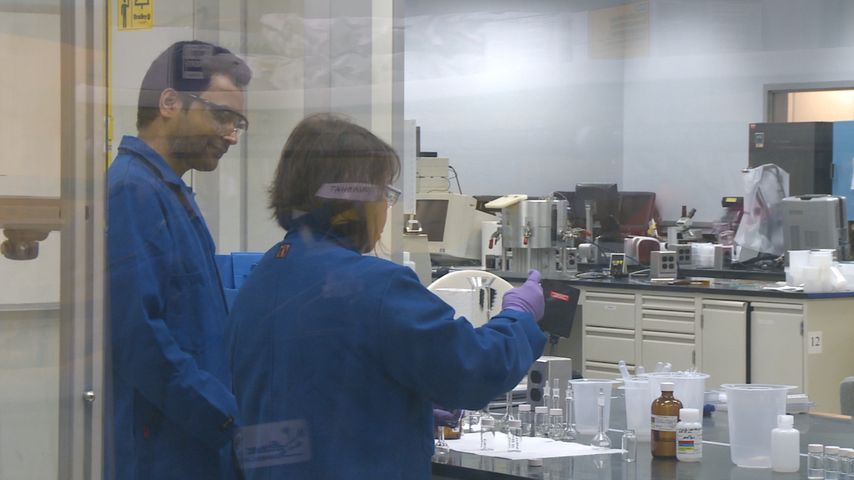 ROLLA - A Missouri technology company said it will open a new plant and add 65 new jobs.

Brewer Science Inc. based in Rolla, Mo., recently announced its expansion to Vichy, Mo. The company currently has about 300 employees. It processes technology, materials, and tools used in electronic devices.

Dr. Terry Brewer, founder of Brewer Science, said the company would target recruiting in Maries County. It was looking for people with skillsets that varied from technology to manufacturing, logistic, shipping and financial skills.

"They might have experience in manufacturing, maintenance, wiring or plumbing, or driving a truck," Brewer said.

The new complex is on Highway 63 South, near the Rolla National Airport. Brewer said the area's transportation and communication network factored into the company's finalize decision.

"We hope that plant will allow children and grandchildren of the residents of Maries County to be able to come home, live in their own land and have a great job," Brewer said.

"This is the first job opportunity for young people in Vichy," said Charlotte Hemme, a long-time resident.

Vikki McDonald Moeslein runs the only restaurant in town, which is also one of the few businesses left.

She said, since the highway came to town and took all the parking spaces, most businesses have left.

Now there is one church and one beauty shop, no gas station. The only grocery store is closed.

"Businesses, they are in Belle, in Vienne, not in Vichy." Moeslein said.

"I am exited of the new factory being here." Moeslein said. "We need this for the community. We need to have more businesses so to bring more people in."

Moeslein said she planned to open a gas station and a convenience store.

Brewer started his company in 1981. He said he discovered ARC anti-reflective coatings, which enable the creation of miniaturized components in everyday electronic devices, and makes those devices smaller and thinner.

The company holds more then 130 U.S. patents and more than 330 international patents. 60% are commercialized.

"We really have the expectation of creativity and discovery as the basis and the foundation for the company," Brewer said.

Job opportunities at Brewer Science can be found on their website.