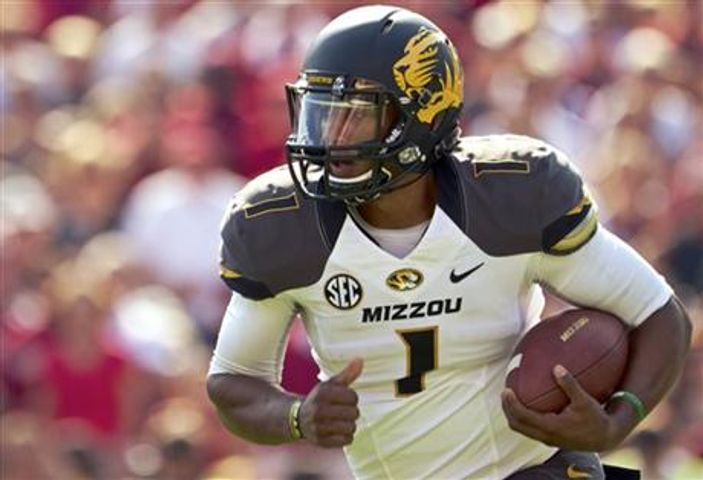 COLUMBIA - The Missouri Tiger football team is undefeated for the first time since 2010. That same year the Tigers went on to beat the Oklahoma Sooners who were the number one team in the country.

Mizzou won all four non-conference games on it's schedule beating Murray State, Toledo, Indiana, and Arkansas State. Mizzou has outscored it's opponents 182-84. The defense has had many timely turnovers, and Quarterback James Franklin is healthy again.

Saturday, October 5th is the start of conference play for the Missouri Tigers. Last season the team only won two SEC games. Missouri beat Kentucky, and won on the road at Tennessee.

Vanderbilt is three and two, but they have already lost two SEC games. Ole Miss marched into Nashville and beat the Commodores 39 to 35 in their first game of the season. Just two weeks later Vanderbilt suffered another loss vs. South Carolina, 35 to 25.

The players were also excited to start SEC play. Andrew Wilson, Missouri Sr. Linebacker said, "We take it one game at a time, but this is definitely SEC play so we're stepping up and ready to get after it."

Missouri Sr. Cornerback E.J. Gaines said, "Yeah I would definitely say it's kinda like turning over a new leaf, and kinda like a new season."