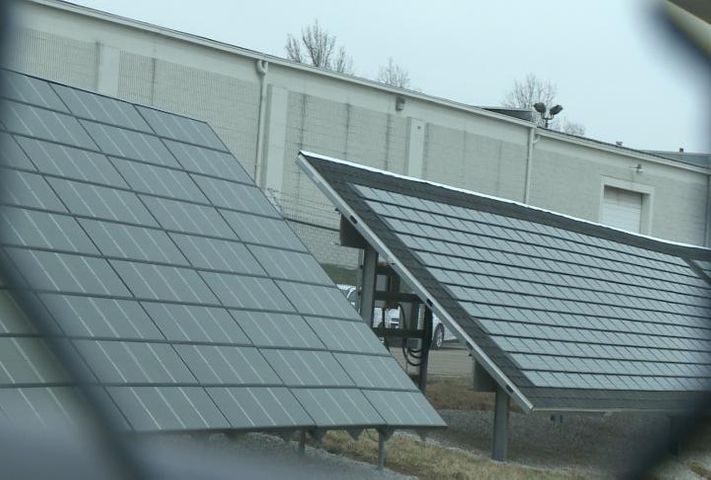 COLUMBIA - Some drivers in Missouri could soon be rolling down the road of the future.

The Missouri Department of Transportation is working on a Solar Roadways Pilot Project for sidewalks and roadways, which means roads would be embedded with solar panels.

MoDOT is working with the Federal Highway Administration and a solar panel company to deploy some of the roadway panels at the Route 66 Welcome Center off I-44 in Conway, Missouri, by the end of the year.

"In this way, it will be a small deployment of solar roadway panels likely on the sidewalk at first. If they can succeed, it can grow off the sidewalk into paved areas where we would drive our cars," Tom Blair, serves in Missouri Department of Transportation and leads the "Road to Tomorrow" team, said.

Solar Roadways is a company in northern Idaho developing solar panels that people can "drive on." Blair said Missouri has not increased the investment in transportation for almost 20 years, and MoDOT needs to be seeking innovation.

"Solar Roadways has envisioned us, all of us as citizens being able to drive on roadways that are all embedded with solar panels. The solar panel that they envision would create solar electricity that's offsetting the cost of the roadway, possibly becoming a roadway that eventually pays for itself," Blair said.

According to Solar Roadways, "Our panels contain LED lights to create lines and signage without paint. They contain heating elements to prevent snow and ice accumulation. The panels have microprocessors, which makes them intelligent. This allows the panels to communicate with each other, a central control station, and vehicles."

Melinda Lee, a driver in Missouri, said the LED lighting would make driving safer, especially at night and in bad weather.

"Back in the 80's, when I was driving back and forth to college, sometimes with the rain and the storms, you can't always see the lanes," Lee said.

Blair told KOMU there are two ways for the funding. One comes from Federal Highway Administration research funding, and the other way is from crowdfunding.

"Missouri is preparing to seek the first ever Department of Transportation crowdfunding effort. So we are going to go out there publicly on the internet and ask for money to make our Solar Roadways Pilot Project even bigger and better," Blair announced in a presentation in Kansas City.

Lee commends MoDOT for trying something different in an attempt to make the roadways better.

"This program is something that helps save a few lives, that's the perfect place for us to place the money," Lee said.