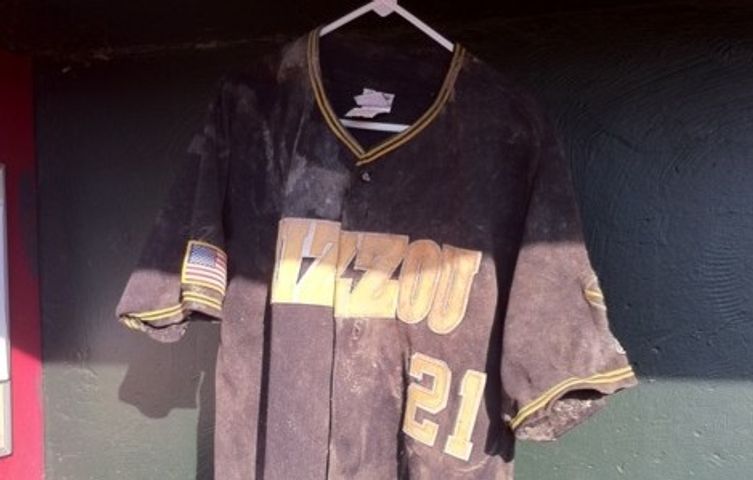 COLUMBIA - The Missouri baseball team topped the Iowa Hawkeyes, 9-1, on Saturday at Taylor Stadium. Missouri got a strong effort from the pitching staff, led by starter Eric Anderson. The Tigers pitchers were able to hold Iowa off the board until the sixth inning and only surrendered one run. An Iowa error off of a Scott Somerfeld ground ball then allowed the Tigers to score first, taking an early 1-0 lead.

Walks came back to bite the Hawkeyes yet again in the bottom of the third, after consecutive walks to Eric Garcia and Dillon Everett put runners on first and second with just one out. Conner Mach then singled in Everett, allowing the Tigers to take a 2-0 lead.

Jeff Emens took over for Jeff Cline in the fifth with a 5-0 lead. Iowa was able to get on the scoreboard in the sixth after two consecutive hits. Missouri padded the lead in the bottom of the seventh, scoring their sixth run of the game off of a wild pitch.

Missouri was held scoreless in the bottom of the ninth inning, keeping the score at the 9-1 final.

The game, on behalf of Joplin relief, featured various raffles, contests, and other ways for fans to be involved in the game in an effort to raise money benefitting the Joplin Little League. Objects raffled off included a bat, an autographed jersey, and a team pullover jacket.

The win against Iowa brings the Tigers' record to 2-0 in exhibition play. Mizzou will look to complete the two-game sweep over Iowa Sunday at Taylor Stadium. The game will start at 1:00 PM, and will also benefit the Joplin little league.