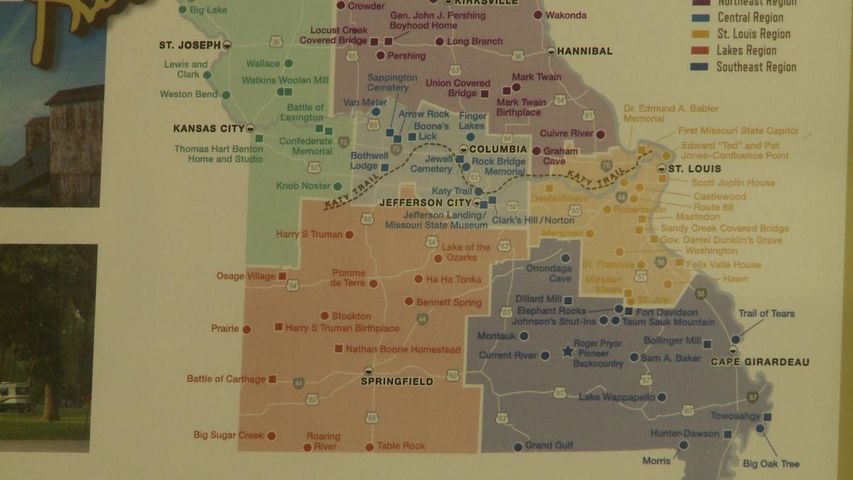 JEFFERSON CITY - Tourism industry workers and representatives around the state gathered at Capitol Plaza Hotel Wednesday to advocate for the importance of tourism.

Missouri Travel Council celebrated its 50th anniversary during its "2012 Capitol Days for Tourism." Seven groups and individuals received awards for their contributions to the industry.

Members talked about the economic benefits tourism brings to the state and concerns about the shrinking state funding. According to the Missouri Division of Tourism, Missouri hosted more than 36 million visitors in FY11 and generated more than $627 million in state tax revenues.  Nearly 280,000 Missouri jobs are tourism-related. The FY11 budget is $13.4 million and most of the industry's budget expenditure goes to advertising and marketing.

Representative Don Phillips (R-Kimberling City) and Linda Black (D-Boone Terre) both agreed that tourism is an important part of the state's economy and that the state should maintain or increase the budget funding.

Gail Myer, vice president of operation of Myer Hotels in Branson, also attended the meeting. He said the recovery in Branson went well and very quickly. Most of the tourist attractions are unaffected. Some theatres like the Branson Variety Theatre would take up to 30 days to go back into operation.

The event will continue into Thursday and there will be a pancake breakfast in the capitol building from 7:30-9:30 am. All Missouri legislators have received a reminder card of the event earlier this week.